Feminism is about equality: Kareena 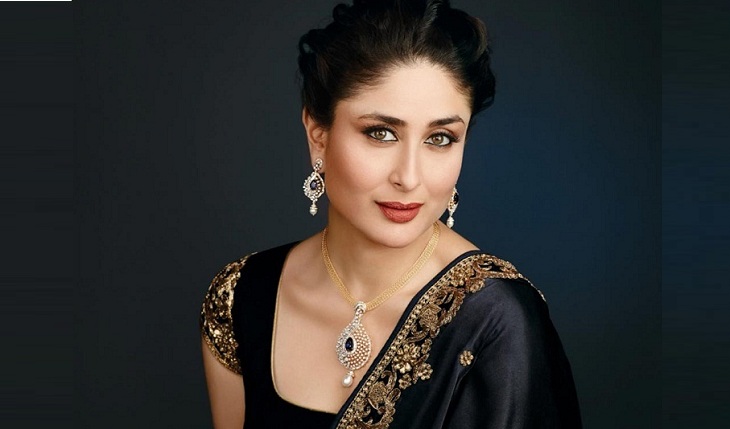 Marriage and motherhood have had no bearing on Kareena Kapoor Khan's choice of films and roles, and never will.

From slimming down to a size zero for her film to walking the ramp with a baby bump, the actress, who comes from Bollywood's famed Kapoor family, has always made a statement.

Asked if she would rethink before signing a film or before appearing in a dance number being a mother now, Kareena told IANS here: "No really, I mean there is nothing wrong with song and dance. It is not derogatory. We come from a film family and our films are known for song and dance... So I will always do what I think is right, what works for my personality and my career.

"I might not be able to give time to a film like earlier; so I would want to work in a film that gets over within 50 days. So maybe not two to three films in a year, but I would rather do one film every year," added the mother of Taimur Ali Khan, her son from actor Saif Ali Khan.

In the past, Kareena has featured in dance numbers like "It's rocking", "Marjaani", "Fevicol se" and "Mera naam Mary hai".

The 37-year-old has been experimental with her choice of films in the last 18 years of her career. Whether it is films like "Yaadein", "Chameli", "Yuva" and "Omkara", she has also done commercial potboilers like "Jab We Met", "3 Idiots", "Golmaal 3", "Singham Returns" and "Bajrangi Bhaijaan".

Come June 1, she will be seen in "Veere Di Wedding", which also features Sonam Kapoor, Swara Bhasker and Shikha Talsania.

"The idea is to challenge myself in whichever ways. See in real life Aamir Khan does not look like the way he looked in 'Dangal'. But he did it for a film. I am always an actress who moulds herself according to the role that I play, according to the vision a filmmaker has for the character. That is really my way to keep going," she said.

Having started her career with J.P. Dutta's "Refugee", she has also featured in movies like "Kabhi Khushi Kabhie Gham...", "Asoka", "Hulchul", "Don", "Heroine" and "Udta Punjab".

"I joined the film industry to be known as an actress first, then a star. So I want people to remember my performance, even if the film does not turn out as expected. I love acting and I take my career quite seriously," she said.

Of "Veere Di Wedding", Kareena said: "I think I wanted to be a part of this film from the beginning because this is a very different film for me. I have always been a part of films where I shared screen space with heroes and I played the heroine. And here, I am narrating the story of a girl, along with three other girls who are her best buddies.

"Also, this is a story that captures various stages of love and marriage of girls. One wants to get married, one is getting divorced, one is commitment phobic... So it is a story of different shades of a relationship."

In the movie, Kareena plays Kalindi, and the story revolves around her marriage.

The actress's recent comment: "I believe in equality. I wouldn't say I am a feminist", was widely trolled on social media. Does she think the term 'feminism' is misinterpreted?

"Today a man is working, a woman is working on the same platform with the same level of dedication, skill set -- whether it is an entrepreneur, a journalist, a filmmaker, an actor, we all are doing everything with equality."

In a way, "Veere Di Wedding", directed by Shashanka Ghosh, seems like an attempt to shine the spotlight on the image of modern Indian women.

Kareena says the team is being asked a lot if they were trying to make a point on feminism and women empowerment.

"But the fact is we made a film on the story of four girls in a very commercial space. It is an entertaining film!"

Adore the feel of feminism with payals