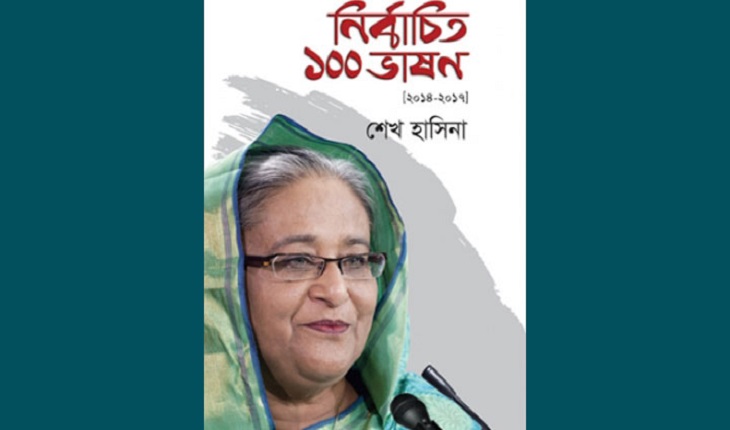 A new book containing 100 speeches of Prime Minister Sheikh Hasina is now available at the Amar Ekushey Granthamela-2018 in the city.

The Prime Minister delivered the speeches on different occasions from 2014 to 2017.

The book has been published by Genius Publication. Its price is Taka 750.

With 25 percent discount, the book is now on the sale at the stalls numbering 607 to 609 at the Suhrawardy Udyan part of the book fair.

Development thoughts and political and economic philosophy of Prime Minister Sheikh Hasina and her people welfare-oriented programmes are reflected in the book.

In the introduction of the book, Ihsanul Karim Helal has written that her speeches were published earlier in three editions under the title "Jonogoner Khomotayan Shanti and Unnyan".

Publisher of the book Mohammad Habibur Rahman told BSS that the book contains huge information about the life of Bangabandhu and members of her family.

Quality, time-befitting education a must: PM