FROM ASTRID TO LINDGREN (A BIOGRAPHICAL NOVEL) -2 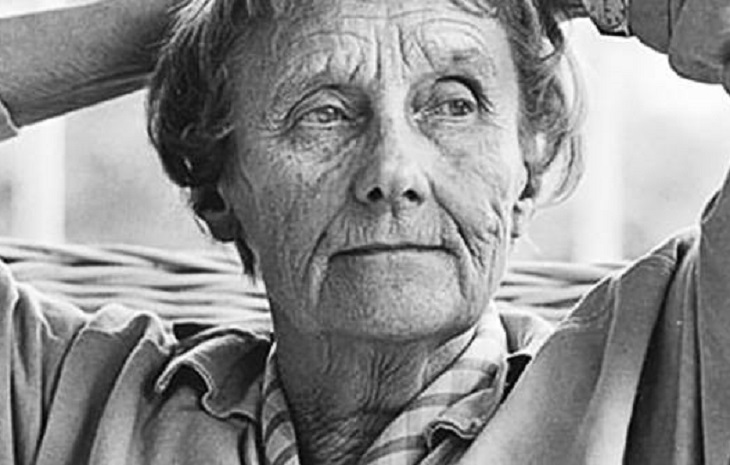 From Astrid to Lindgren and the sequel to From Astrid to Lindgren, a synopsis by Kurt Peter Larsen & Vladimir Oravsky, may in part or in entirety be copied or otherwise be reproduced, electronically, mechanically, in analog or digital form and digitally, or telepathically or through other as yet unknown means, on paper, plastic, tape, or other known or future substance, in Braille, in sound or image form; it may also be set to music, dramatized, be filmed or put on video, be animated or transformed to ballet, mime presentation, or musical, oratorio, or opera. It may also be used in relation to advertising, for purposes of agitation and propaganda. However, a written agreement with the copyright holder (© Vladimir Oravsky) concerning the abovementioned is required.

Astrid followed what was happening down in the yard with curious interest.

Everybody was talking about her. It was her day. Still, it felt sad. To leave all this. She would miss them all so much, the people she had grown up with. She saw how Hanna, her mother, came out of the house with a trunk and the hat that Astrid liked. Ingegerd ran toward her.

It wasn’t time to come out yet, thought Astrid, and smiled as she leaned against the tree trunk and thought and rested up. The sick feelings came and went and her stomach soon would start to grow. She would try to remember as much as possible of this when she was sitting on the train to Stockholm. But there wasn’t room for all the memories. It was impossible to pack up all the fun and exciting events and experiences into the trunk.

Hanna laughed and patted Ingegerd on the head. “Evidently not everywhere, or else she would have been found.”
Samuel August smiled at his wife and beamed with pride. “So, Hanna, my sweet, what do you think of the flag?”
“The flag? Well, it’s both blue and yellow.”
Ingegerd stationed herself between her parents with her hands on her hips, being a precocious child. “Is there anybody besides me who cares that Astrid is going to miss her train?!”
“It would be just fine with me if she missed any number of trains!” muttered Samuel August.

He was going to miss his wonderful daughter, but if she wanted to study, then she was allowed. He had promised, after a long conversation with Hanna, that he would pay for her education. Why, he didn’t really understand, but at the same time he loved his daughter so much that he would do anything for her.

“I believe that,” answered Hanna. Of course they would all miss their Astri just as much.
“When it comes down to it, what does Stockholm have that we don’t have right here at home?” wondered Samuel August. He had devoted many long hours to thinking it over. Maybe it was the big city that attracted her.
“Anyway …,” sighed Hanna, and suddenly felt empty.

“No, I can’t stand this any longer! Astrid!!! Everybody shout along with me! One, two, three!”
“ASTRID!!!!” The shout certainly reached half of Småland, thought Astrid, and lifted some branches and looked at them gathered around the flagpole down in the yard.
“Did someone call?”

Ingegerd saw her first and pointed. There was a gleam of happiness in her eyes.

“Why, there she is! Up there! Astrid, you’re the only one missing!”
“Why, you could have said that a long time ago,” Astrid teased.
“That’s exactly what I did! What are you doing up there?” wondered her little sister.
“I’m just sitting here thinking.”

And thinking, that’s what she had done since she’d found out that she had been accepted to the secretarial course in Stockholm. Her longing had been mixed with anxiety and sadness. Of course she wanted to go away, but at the same time she loved all of them in the yard so much it hurt.

“Thinking? What about?” wondered Ingegerd.
“About how fond I am of all of you, even you!” Astrid stifled a sob.
“Heck! That’s nothing to sit around thinking about, is it?” thought Ingegerd, and pressed herself against her father. They had all gathered under the tree now. All except Grandma and Pelle, who was standing in the shade over by the hammock.

Astrid climbed agilely and expertly down from the tree, the tree that had been her secret hiding place for so many years. The owl tree she called it, since at nighttime owls sat there and let out spooky sounds. They lived in the hollow tree trunk.

Stina also pushed in between her parents and Gunnar and gave Astrid a hug.

“Listen! Why, a person would think I was going to be away for years!”
“It’s going to feel like that anyways,” said Stina, and hugged her big sister harder.
“That’s just what I was gonna say!” mumbled Gunnar. He couldn’t really express the emotions he felt. He would miss Astrid a lot, he knew that too, but men didn’t show any feelings.
“That’s what you say now, yeah!” complained Stina.
“For my part I feel a little like Jacob sending his child off to Egypt to buy grain for his starving family!” said Samuel August, and put his arm around his Astrid.
“And livestock,” shouted Pelle from the hammock, and smiled.
“Quiet!” replied Samuel August crossly, and the hired man grew quiet but grinned.
“Maybe I’ll find a cute little pharaoh and bring him home instead!” teased Astrid when Samuel August took her under the arm.
“So, my little sparrow has turned into a great big swan,” said her father proudly.
“Really? How did that happen?” wondered Astrid with feigned surprise, at the same time that the whole bunch walked over toward the hammock and Pelle. Samuel August avoided looking his daughter in the eye.
“You tell me! And now she’s planning to take off.”

The old woman caressed Astrid on the cheek and took her hand in hers.

“Dear Grandma, you’ll have to promise now to take care of everything while I’m away!”
“What did she say?” said the old lady, and put her hand behind her ear.
“I’m saying …,” shouted Astrid.
“I hear what she’s saying, but I don’t believe my ears! Oh, they’re really going to have to take care of themselves! And me too, for that matter! I’m old, you know!”
“I know that very well. Anyway …,” began Astrid.
“Weren’t you goin’ to Stockholm?”
Astrid nodded in reply. “Yes …”

The moment was approaching, together with so many feelings. When Hanna came forward with Astrid’s hat and coat and more or less forced the clothes upon her, everything was spinning in Astrid’s head. For a brief second, she considered staying on, but at the same time there was something that attracted her. The city. And then the child, of course. And Copenhagen. She didn’t want to go there, but she had to. Because it was decided.

FROM ASTRID TO LINDGREN (A BIOGRAPHICAL NOVEL)-5

FROM ASTRID TO LINDGREN (A BIOGRAPHICAL NOVEL)-4

FROM ASTRID TO LINDGREN (A BIOGRAPHICAL NOVEL) -3

FROM ASTRID TO LINDGREN (A BIOGRAPHICAL NOVEL) -1