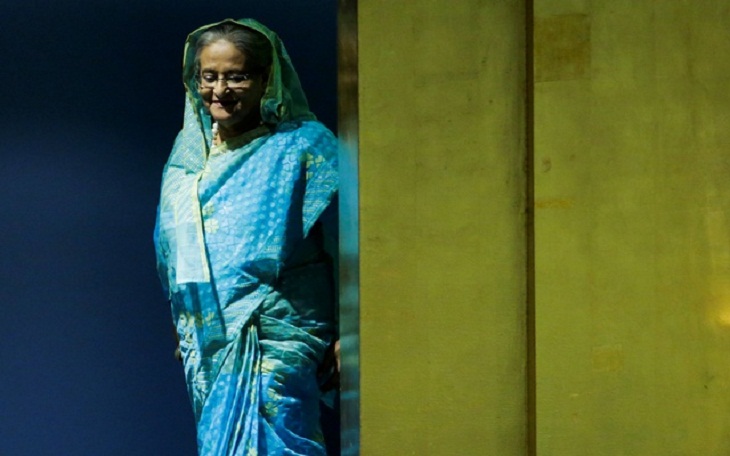 Speakers at a book launching function on Wednesday said Prime Minister Sheikh Hasina will remain forever a part of history of the Bengali nation for her struggle against the autocrats, outstanding role in establishing democracy and upholding the spirit of the War of Liberation.

They also said that Sheikh Hasina also set up a rare example in the world on how to fight staying in deep debris as well as to lead the nation for a longer period after emerging from that deep debris and thus push forward the country towards the ladder of development.

They said this at a function to introduce the 1st part of the three-part book titled ‘Jononetrir Joyojatra’ edited by Prime Minister’s Assistant Press Secretary Asif Kabir held at the Begum Sufia Kamal Auditorium of National Museum in the city.

Speaking at the function, Dr Tawfic-e-Elahi Chowdhury said that Sheikh Hasina took charge of Awami League standing on the debris and now today she has reached to such a position which is imbued with her own ideals.

“Once this country was a matter of joke for its socio-economic conditions, but now this country has become a role model for others, thanks to the farsighted leadership of Sheikh Hasina,” he added.

He also opined that the Jononetrir Joyojatra book will play an important role towards projecting the correct history through highlighting Sheikh Hasina before the future generation. Side by side, it will also help the researchers in their future work, he added.

The PM’s Adviser also urged the countrymen to cast their votes for ‘boat’, the election symbol of Awami League, in the next general election to keep up the current pace of development under the stewardship of Sheikh Hasina.

He also mentioned that this book would be an important source for the future researchers.

Columnist Syed Abul Moksud said Prime Minister Sheikh Hasina had fought for establishing democracy and her tales of those struggles are nicely portrayed in this book.

FROM ASTRID TO LINDGREN (A BIOGRAPHICAL NOVEL)-5

FROM ASTRID TO LINDGREN (A BIOGRAPHICAL NOVEL)-4

FROM ASTRID TO LINDGREN (A BIOGRAPHICAL NOVEL) -3

FROM ASTRID TO LINDGREN (A BIOGRAPHICAL NOVEL) -2

FROM ASTRID TO LINDGREN (A BIOGRAPHICAL NOVEL) -1