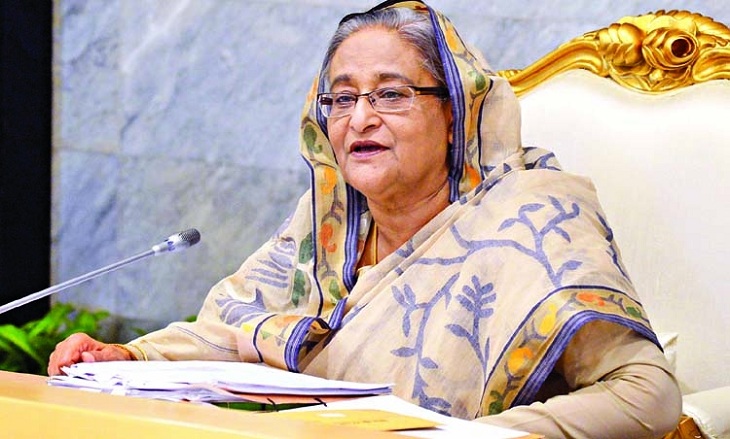 Prime Minister Sheikh Hasina said the governments aim is to change fate of people who are living in remote  rural areas as it was dreamt of Bangabandhu Sheikh Mujibur Rahman.

The Prime Minister came up with the remarks while inaugurating 33 projects in 20 districts through videoconferencing at her official residence Ganabhaban in capital on Thursday.

We have reduced poverty 21 percent from 41 percent. We are giving books for students by free of cost. We are giving health services by community clinics for the development of countrymen, The Premier said.

She said the governments developed our country within short period of time. This is very rare example in the world.

By building jetty in Cox’s Bazar, people’s lifestyle will be changed and economic development will be increased.

We have built upazila complex for taking government services so that people can get all services from same centre.

By building urban mothercare and healthcare centres, health services will be able to reach the doorsteps of people. We have reduced mother mortality, child mortality, poverty and trying to reduce malnutrition, the prime minister said.

By building bridges, communication will be easy for passers by and economic development will be increased.