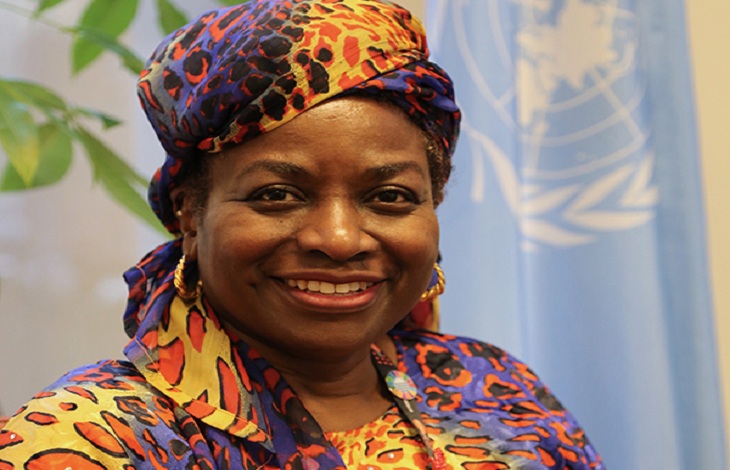 A UN body chief has expressed concern about freedom of mobility of Rohingya women without fear of safety in camps in Cox’s Bazar.

“Now, the very basic needs of survival - food, appropriate shelter and the ability to feel safe and protected - are barely within reach,” she told a select media group at Le Meridien Dhaka on Thursday, following her visit to Cox’s Bazar camps.

Apart from other support, the UNFPA or the United Nations Population Fund stressed the need for providing “much more solar and other types of sustainable lighting in order for women to be safe, to move about freely” in the camps.

Natalia Kanem, however, regretted that only one fifth of the needs of the displaced persons were being funded so far.

“It threatens our ability to feed over 850,000 on a daily basis. There are least 60 newborns every day. Scores of mothers are pregnant and must receive appropriate nutrition, appropriate antenatal care,” she said.

She pleaded for increased international support for the Rohingyas. Kanem also discussed with prime minister Sheikh Hasina the UNFPA’s continued cooperation with the government.

As no sign of repatriation of Rohingyas is in sight, the UNFPA’s concern is for during the monsoon and the aftermath, the UN official said.

“We need further monetary resources. We are at only 17 per cent of the estimated need to serve the 1.3 million people that would cost about $ 950 million,” she shared their estimate.

Also a UN under secretary general, who earlier served the Ford Foundation for its worldwide peace and social justice programmes, Kanem came to Bangladesh at a time of “urgency, crisis and a multitude of problems” affecting displaced people especially women and girls who form 80 per cent of more than 900,000 Myanmar displaced population in Cox’s Bazar.

She voiced her apprehensions that imminent weather-related crises and aggravated acute situations might interrupt the UN efforts of safeguarding their lives.

However, Kanem pointed out, the UNFPA has taken some steps to fortify the type of bamboo and plastic shelters that are the prevalent structures in the camps.

“We provide flashlights so that they (women) may go back and forth to latrines and to look after themselves after hours when the police protection and other forms of physical protection are not available,” she said and mentioned that the UNFPA has in place a skilled team comprising people who can provide counselling and offer options in terms of relief.

On queries about efforts to collect evidence of rape and other forms of abuse, Natalia Kanem said the UN body is calling for establishment of effective accountability mechanisms for any human rights violator including any type of conflict-related sexual violence.

“We support the recording of testimonies and the gathering of the data that is going to be required to help these women and children achieve their desire for justice in a systematic manner,” she went on to say.

“Part of the accountability has to be done directly in consultation with these women who have survived. This is part of the experience of being able to overcome trauma so that you will be able to give testimony.”

There is a move at the International Criminal Court to try those who raped Rohingya women and killed many of this ethnic groups and human rights organisations have called on Myanmar to help document the crimes against humanity.

The UN official lauded the role of the Bangladeshi midwives who have performed heroic service in this time. “We are grateful to Bangladesh for, in spirit of generosity, hosting a community which is desperate,” she said.

Kanem also described Bangladesh as a success story in term of bringing down death childbirth and mentioned that the country is on track to attain the UN Sustainable Development Goals (SDGs).

She attributed this success to investment in primary healthcare and in midwives and said. “Everywhere I go I see midwives in their pink garb and they are really providing tremendous service in every corner of the country and we are hoping to continue that success and to move towards zero preventable maternal deaths by training even more.”

The UNFPA would be promoting involvement of men and boys, religious figures and the whole community in making sure that women take their place in safety throughout the spectrum of human activity, Kanem added.