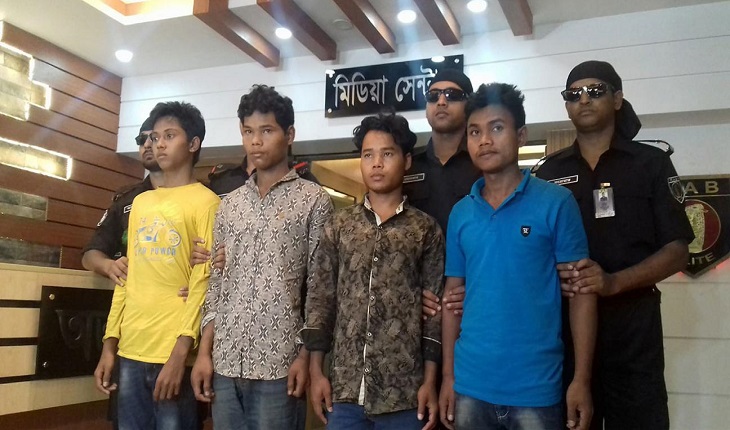 Lawmen today claimed arrest of the murderer of a Garo woman and her mother who were stabbed and gagged to death in Dhaka last Tuesday.

Rapid Action Battalion detained Sanjib Chiran around 6:00pm yesterday from Sherpur, said a text message sent to the media. Three others were also arrested in this regard.

A press briefing in this regard will be held later in the day.

Sujata Chiran, 40, and her mother Besat Moni Chiran, 65, were found dead in their flat, at Dhaka’s Kalachandpur, last Tuesday. Autopsy found 14 stabs on Sujata. Her mother was strangulated.

Family members said Sujata had been living in the flat along with her mother, husband, two daughters and a granddaughter for the last two years.

The suspect, Sanjib lived with the family about one-and-a-half years ago. He settled in Mymensingh after he got married. Sanjib is a nephew of one of the victims.