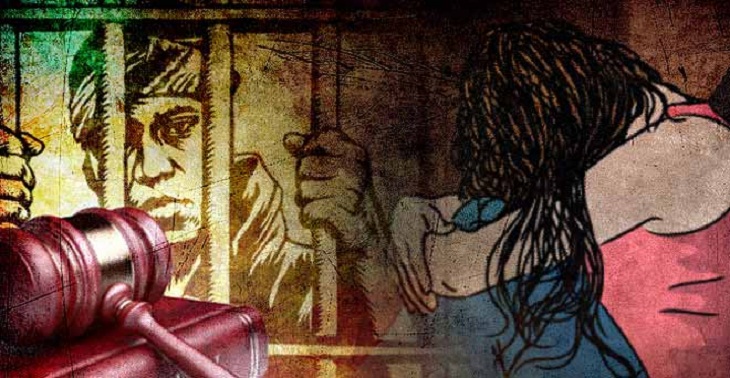 Police arrested the main accused of a case filed for gang-raping a housewife inside a running microbus on Dhaka-Aricha highway 10 months ago from Dudhbazar in Manikganj Sadar on Wednesday.

The arrestee was identified as Nazrul Islam, owner of Bismillah Store in Dudhbazar and a resident of the area. He went into hiding soon after arrest warrant was issued against him.

According to the case statement, the victim, a housewife, went to Nazrul Islam’s grocery shop at Dudhbazar to pay her dues on May 23 last.

Nazrul then offered the housewife to drop her at Nabinagar on the way to Gabtali, Dhaka.

On Dhaka-Aricha Highway, Nazrul picked up three unknown persons in his microbus around 7pm.

At one stage, they tied the woman with a scarf and raped her one after another inside the moving microbus, threatening to kill her if she shouts.

Later, they left her at Savar bus stand around 11pm and fled.

On information, police rescued the woman and admitted her to the one stop crisis centre of Savar Health Complex for medical test.

On May 26, the victim filed a case with Manikganj Sadar Police Station under Women and Children Repression (Prevention) Act.

Manikganj Sadar Police Station officer-in-charge Rakibuzzaman said they arrested Nazrul following an arrest warrant and sent him to jail after producing before a court here.