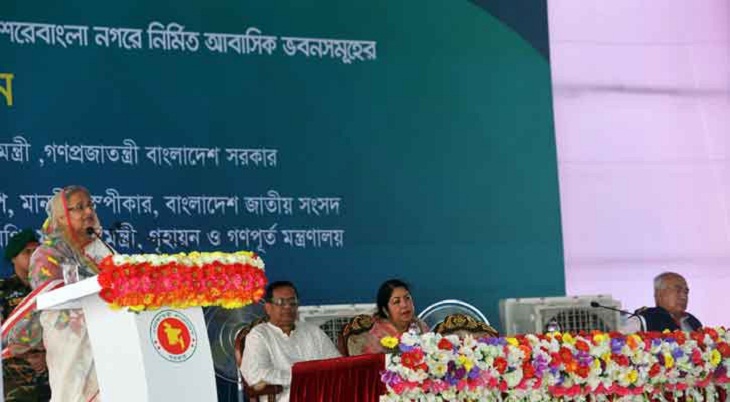 Prime Minister Sheikh Hasina today asked the lawmakers to remain careful about the use of NAM flats and warned that the allocation of a flat would be cancelled if any MP misuse it.

"The name of those MPs, who have taken allocations but aren't staying in their NAM flats, would be deleted ... Instead of staying in the flats themselves, they would keep personal staff, drivers or domestic helps - it isn't right," she said.

The prime minister issued the warning while inaugurating new residential buildings for officials and employees of the Jatiya Sangsad Secretariat at Sher-e-Bangla Nagar in the capital this afternoon.

Sheikh Hasina said those who took allocation of the NAM flats must stay there, otherwise they will have to live in Nakhalpara MP Hostel.

"If you remain in the NAM flats, the proper maintenance of the flats would be ensured. I told you it earlier in party meetings, today I tell you it publicly," she said.

Asking the Jatiya Sangsad chief whip to take actions against flat related irregularities, the Prime Minister said in case of his failure, actions would be taken against the chief whip.

"I also seek opinion of the honourable speaker to this end," she said.