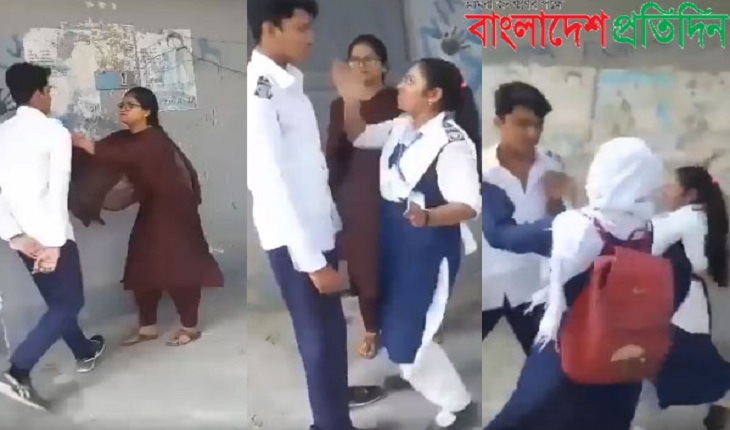 The incident took place on Thursday afternoon in front of the college entrance gate.

A video of the incident later became viral on the same night on social media platforms including Facebook.

All of them are college class XII students

On information, the humanities group's test exams took place on Thursday. After the tests, the convicted student approached the plaintiff in front of the college with an indecent proposal At one point, he wanted to improperly touch her.

The perpetrator fled the place immediately and told the college's female classmates.

They hurried to the location and asked the accused's clarification for his misconduct. He hit and kicked him at one point to protest their mate's bullying.

College pruncipal SM Jersis said, "After watching the video, I spoke to the students about the accident. I understood first and foremost that the alleged student insulted one of his friends." "If anyone is engaged in such misconduct, we're going to take drastic measures against him or her, "he stated.

"We called the students  guardians on Sunday to come to campus. After speaking to the both parties, we will take punitive action," the principal said.

16 to walk gallows for Nusrat murder