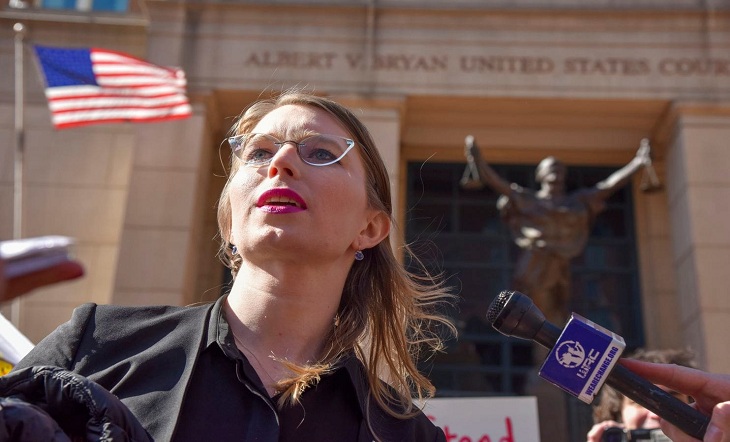 Former US intelligence analyst Chelsea Manning has been released from prison, despite refusing to testify before an investigation into Wikileaks.

Manning, 31, was held for 62 days after a Virginia judge ordered her taken into custody in March.

However, she will have to appear again before a grand jury on 16 May.
Manning was found guilty in 2013 of charges including espionage for leaking secret military files to Wikileaks, but her sentence was later commuted.

She has refused to answer further questions about Wikileaks from investigators because she says she has already presented her testimony during her 2013 trial.

Her release on Thursday comes after the period during which she could be held for failing to give evidence expired.

"Today marked the expiration of the term of the grand jury, and so, after 62 days of confinement, Chelsea was released from the Alexandria Detention Center earlier today," her lawyers said in a statement.

"Unfortunately, even prior to her release, Chelsea was served with another subpoena," the statement adds. "It is therefore conceivable that she will once again be held in contempt of court, and be returned [to custody].

"Chelsea will continue to refuse to answer questions, and will use every available legal defence to prove... that she has just cause for her refusal to give testimony."
When she refused to testify in March, her lawyers reportedly asked that she be confined at home due to medical issues, but the judge said US Marshals would address her care needs.

US prosecutors have been investigating Wikileaks for years, and in November prosecutors inadvertently revealed possible charges against Wikileaks founder Julian Assange, in court documents from a separate case.

Manning was arrested in Iraq in 2010 for disclosing more than 700,000 confidential documents, videos and diplomatic cables to the anti-secrecy website.

While Manning said she only did so to spark debates about foreign policy, US officials said the leak put lives at risk.

She was sentenced to 35 years after being found guilty of 20 charges related to the leak, but then President Barack Obama commuted her sentence in 2017.

Her sentence was the longest given for a leak in US history. President Obama said it was "disproportionate" to her crimes.