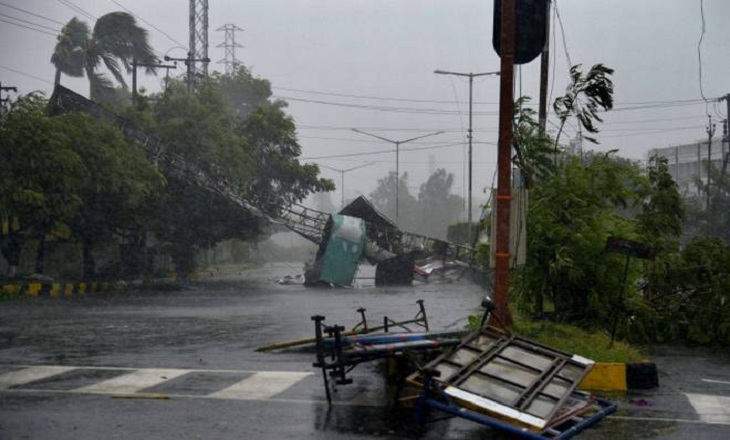 Cyclone Fani made landfall near Odisha’s Puri in India on Friday as the Indian government evacuated more than a million people from districts likely to be affected by India’s strongest summertime cyclone in the last 43 years and asked people to remain indoors.

The weather department said cyclone Fani made landfall near Puri with wind speed touching 175 kmph. The process of landfall will continue till noon, according to Odisha’s special relief commissioner Bishnupada Sethi.

“More than one million people have been evacuated from vulnerable districts in the last 24 hours in Odisha. In Ganjam and Puri, more than 3 lakh and 1.3 lakh people were evacuated respectively to safe shelters. About 5,000 kitchens started operating to serve people in the shelters,” chief minister Naveen Patnaik’s office said on Friday.

The Odisha government has said that 10,000 villages and 52 towns in nine districts will be affected due to Cyclone Fani. It has also advised people to remain indoors on Friday.

In Andhra Pradesh, the cyclone is likely to hit Srikakulam, Vizianagaram and Visakhapatnam districts.

Flight operations from Bhubaneswar were suspended from Thursday midnight and from Kolkata from Friday morning, as the cyclone — packing winds gusting up to 200 kilometres per hour and torrential rains — approached India’s eastern coast.

The railways has said it will grant a full refund to passengers for the cancelled or diverted trains if tickets are produced for cancellation within three days from the scheduled date of journey.

The department of telecommunication has issued orders to all operators to allow free SMS for cyclone-related messages and inter-operability of mobile networks by other operators. The petroleum ministry has ensured the availability of sufficient petroleum and oil in the affected areas.

The Indian Coast Guard and the Indian Navy have deployed ships and helicopters for relief and rescue operations while the Indian Army and the Indian Air Force units in the three states have also been put on standby.

The ministry of shipping has disengaged all ships at Paradip Port and has deployed emergency vessels.

In West Bengal capital Kolkata, authorities directed advertisers to take down all hoardings in the city.