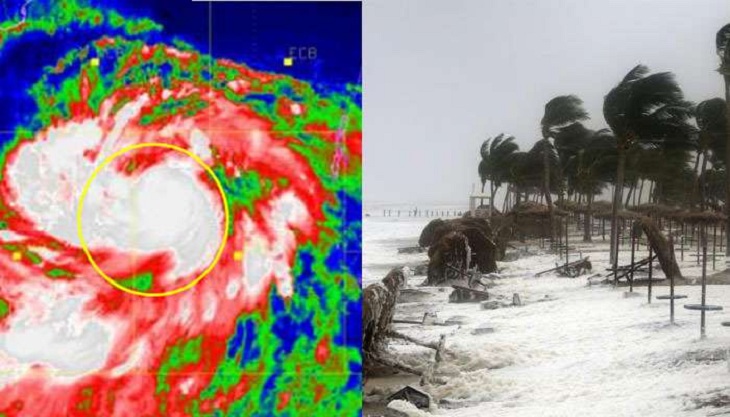 The cycle was centred about 915km southwest of Mongla port, 925kms southwest of Payra port and at 9:00am on Thursday.

'Fani' is likely to intensify further, the Met Office said.

Met Office said the maximum sustained wind speed within 74kms of the storm centre is about 160kph, rising to 180kph. Sea will remain very high near the cyclone centre.

The government has opened control rooms in 19 coastal districts and kept 56,000 volunteers prepared.

Delowar Hossain, the acting deputy commissioner of Chattogram, said they have prepared 2,739 cyclone centres and are warning residents of the coastal areas.

All fishing boats and trawlers over the North Bay and deep sea have been advised to remain close to the coast and proceed with caution so that they can take shelter within a short notice.

An emergency meeting on preparedness to face cyclone Fani was held at the secretariat on Wednesday.

State Minister for disaster management and relief Enamur Rahman said from the current direction of the cyclone it is being assumed that it will hit India's Odisha state, then the West Bengal and then Bangladesh's Khulna and Satkhira region.

"But if the cyclone changes its course and moves towards Bangladesh then it will hit Khulna, Mongla, Satkhira, Chattoram and Cox's Bazar," he said.

The ministry has opened control rooms in 19 coastal districts and 56,000 volunteers have been kept prepared, he added.

As part of the preparations, 200 tonnes rice, 41,000 packets dry food and Tk 500,000 have been sent to the deputy commissioners of each of the 19 districts, the minister said.

Signal 3 to continue for maritime ports