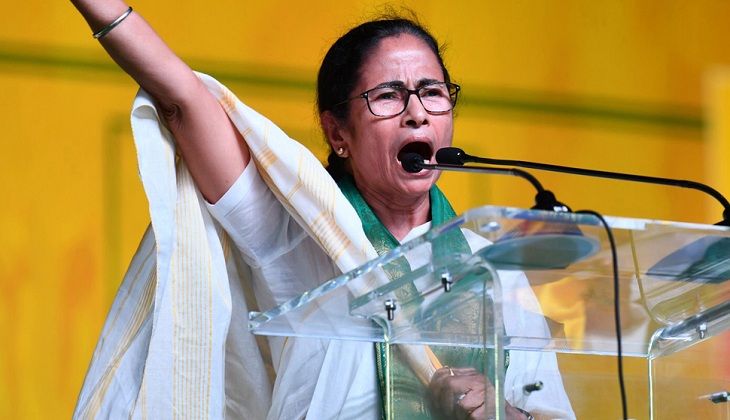 West Bengal Chief Minister Mamata Banerjee countered Prime Minister Narendra Modi’s allegation that she was the speed-breaker in the path of the development in the state by claiming that farmer income increased and unemployment decreased during her rule.

Addressing a rally at Dinhata in Cooch Behar district on Wednesday, the Trinamool Congress chief also mocked the PM calling him “expiry babu” and challenged him to a “direct debate” on TV or at a public rally.

Claiming that 12,000 farmers committed suicide under Modi’s rule, Banerjee said that the income of farmers in Bengal has increased three times under TMC.

“We have reduced unemployment by 40 per cent,” she said while adding that joblessness has only grown under the Modi government.

“I am not Modi, I don’t tell lies,” she said, alleging that the Prime Minister has made false claims about performance of her government.

At the rally, which was rescheduled to help Banerjee respond to PM’s charges, the TMC chief challenged that the PM to get even one vote in Bengal.

She also raised the National Register of Citizens (NRC) issue, telling the gathering that BJP government is trying to chase out Hindus, Muslims and everyone else so that “PM Modi can rule all alone”.

Banerjee also claimed that the NRC will not allow the refugees to have a voter ID card for 6 years.