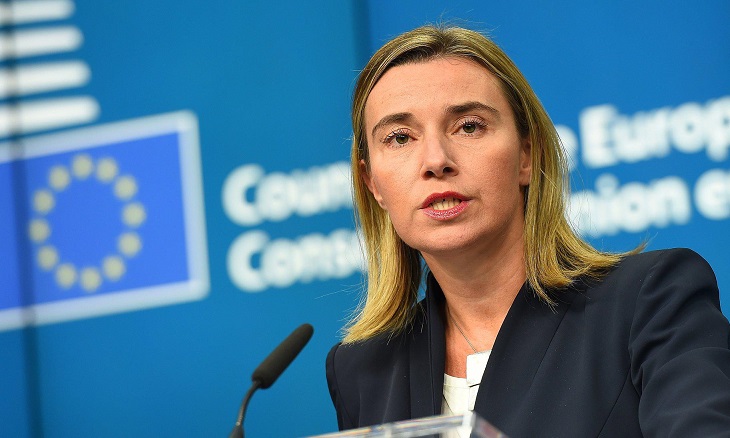 EU foreign policy chief Federica Mogherini says the current deal with Iran is working effectively to keep Tehran from developing nuclear weapons and should be preserved for the future.

Mogherini spoke after U.S. President Trump again showed dissatisfaction with the international agreement during a news conference with French President Emmanuel Macron, highlighting a trans-Atlantic rift on the issue.

Macron said the current deal should not be ripped apart without a clear path to the future, and said after talks with Trump that there could be a way to move to a "new agreement," building on the one in place.

Mogherini, speaking in Brussels, said that "on what can happen in the future we will see in the future. But there is one deal, existing, it is working, It needs to be preserved."