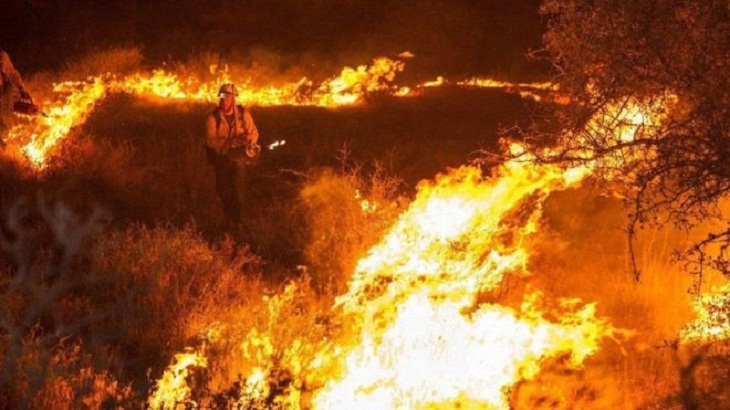 At least five college students have been killed in a forest fire in the southern Indian state of Tamil Nadu, police said Monday.

The fire broke out Sunday when a group of 40 people, mostly college students, went trekking in Kurangini hills, some 540 km from state capital Chennai.

"Indian Air Force choppers were pressed into service Sunday night. While 30 of trekkers were rescued, the charred bodies of five students have been found," a police official said.

The search operation of other trekkers were on, he said, adding that those rescued had been admitted to a local government hospital for minor injuries.

Forest fires are uncommon in India.

India should not be worried: PM