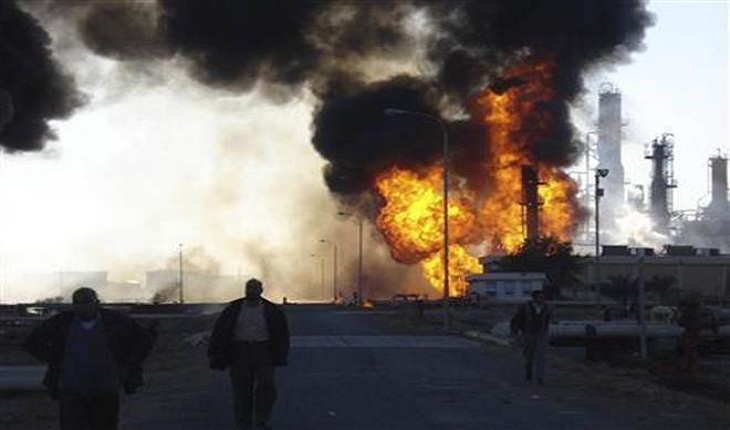 A major fire broke out on Monday at an indoor paintballing centre in Britain, fire and rescue service announced.

Merseyside Fire and Rescue Service said there were reports two people had entered the "Desert Storm" building on Borough Road but had not yet come out, Xinhua news agency reported.

Fire Crews arrived to find a large building with an area of around 20 x 30 metres well alight. There have been reports of two people who have entered the building and have not yet come out. There are six fire appliances in attendance."