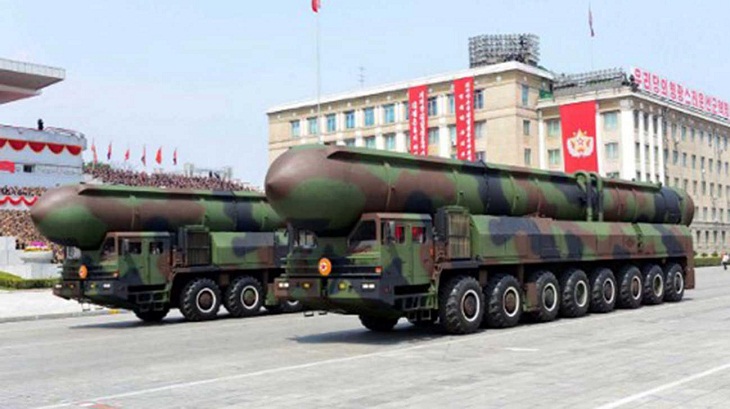 North Korea will continue to regularly test missiles and any military action against it by the United States would prompt "all out war", a senior North Korean official told the BBC on Monday.

North Korea has conducted several missile and nuclear tests in defiance of UN sanctions and has said it has developed a missile that can strike the US mainland. Its latest missile test on Sunday failed a few seconds after launch.

US Vice President Mike Pence warned North Korea on Monday that recent US strikes in Syria, one of Pyongyang's few close allies, and Afghanistan showed that the resolve of President Donald Trump should not be tested.

"We'll be conducting more missile tests on a weekly, monthly and yearly basis," the BBC quoted Vice Foreign Minister Han Song-Ryol as saying in an interview.

"If the US is reckless enough to use military means it would mean from that very day, an all out war."

North Korean state media last week warned of a nuclear attack on the United States at any sign of American aggression, but the White House said there was no evidence it possessed that capability.

The BBC reported Han also said North Korea believed its nuclear weapons protect it from the threat of military action by the United States.

'North Korea prepared to respond to any nuclear attack in kind'

China warns of NKorea conflict ‘at any moment’

California mosque led by women opens doors to all