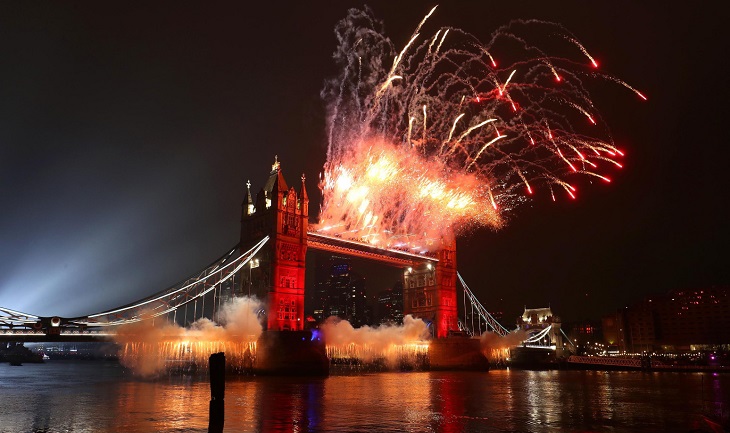 A major New year celebration in London will be cancelled, the British capital's mayor said on Monday, as worries mount over a surge in virus cases sparked by the Omicron variant.

Sadiq Khan said infections were at record levels in the city and he needed to do everything possible to slow the spread of the new variant.

"This means that we will no longer be hosting a celebration event for 6,500 people on Trafalgar Square this New Year's Eve," he said.

"This will be very disappointing for many Londoners, but we must take the right steps to reduce the spread of the virus."

The city authorities said there would be a "live broadcast spectacular" on the BBC instead that would celebrate the city.

Paris has already announced that its annual fireworks show and other events will be cancelled and Germany is expected to follow suit, with plans on the table to close nightclubs and limit the size of private parties.

Daily case rates have repeatedly broken records over the last week as the country -- one of Europe's worst-hit by the virus, with more than 147,000 deaths during the pandemic -- struggles to contain Omicron.

However, Prime Minister Boris Johnson defied pressure on Monday to tighten restrictions over Christmas, vowed to keep the situation "under constant review".