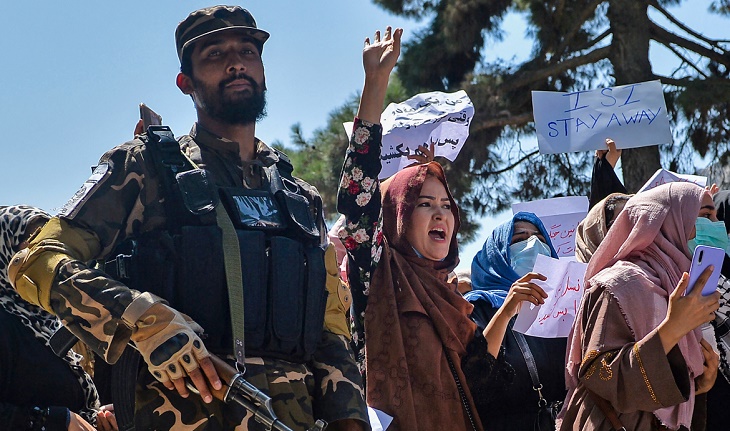 The Taliban is already neglecting its promise to respect Afghan women's rights, a United Nations official based in Kabul said Wednesday.

The militant group has "repeated the same statement that women's rights would be respected within the framework of Islam," said Alison Davidian, a representative for UN Women in Afghanistan. "But every day we were receiving reports of rollbacks on women's rights."

For example, "women are prohibited from leaving the house without a mahram," or male family member, Davidian said during a video conference with journalists in New York.

"In some provinces they (are) stopped from going to work," she said.

The Taliban on Tuesday announced a government made up exclusively of men who are already members of the Islamist movement.

"With the announcement (of their government) yesterday, the Taliban missed a critical opportunity to show the world that they are truly committed to build an inclusive and prosperous society," Davidian said.

"Now is the time for the Taliban to show that it governs for all Afghans," she said.

UN Women is a UN agency dedicated to equality of the sexes and the empowerment of women worldwide.

During the Taliban's first time in power in Afghanistan, from 1996 to 2001, the group severely restricted the rights of women, who were virtually excluded from public spaces.

Many Afghan women and women's rights activists globally fear a repeat of such policies after the group toppled the US-backed government last month.