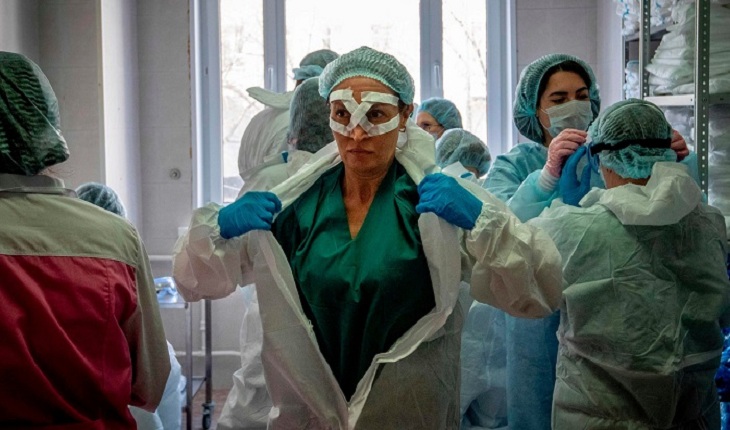 The World Health Organisation (WHO) has warned that coronavirus “may never go away” as its experts predicted that a global mental health crisis caused by the pandemic was looming.

The global health body on Wednesday cautioned against trying to predict how long coronavirus would keep circulating and called for a “massive effort” to overcome it.

“It is important to put this on the table: this virus may become just another endemic virus in our communities, and this virus may never go away,” said Michael Ryan, the WHO’s emergency chief.

“I think there are no promises in this and there are no dates. This disease may settle into a long problem, or it may not be,” he said.

A report by the WHO’s mental health department to the UN warned of another looming crisis: “The isolation, the fear, the uncertainty, the economic turmoil – they all cause or could cause psychological distress,” said the department’s director, Devora Kestel. She said the world could expect to see an upsurge in the severity of mental illness, including amongst children, young people and healthcare workers.

“The mental health and wellbeing of whole societies have been severely impacted by this crisis and are a priority to be addressed urgently,” she said.

The statements came as Russia became the nation with the second highest number of infections at 242,271, behind the US with just under 1.4 million. The official death toll in Russia is 2,212, although authorities ascribed the deaths of more than 60% of coronavirus patients in April to other causes. Moscow, the centre of the country’s outbreak, accounted for 1,232 of those deaths. Tatyana Golikova, Russia’s health minister denied any falsification of the statistics.

In the US, President Donald Trump said warnings from his top infectious diseases expert on the dangers of lifting restrictions too soon were “not acceptable”.

Trump said he was “surprised” by Anthony Fauci’s caution on reopening the economy and schools too soon.

“To me it’s not an acceptable answer, especially when it comes to schools,” Trump said. “Our country has got to get back and it’s got to get back as soon as possible, and I don’t consider our country coming back if the schools are closed,” he said, adding that the only thing that would be acceptable would be professors or teachers “over a certain age” not holding classes.

The apparently widening gap between the two men came on a day of more sobering economic warnings, with the head of the Federal Reserve, Jerome Powell, predicting of a “significantly worse” US recession than any downturn since the second world war, with record job losses and worse ahead.

“The path ahead is both highly uncertain and subject to significant downside risks,” Powell said in a webcast speech. He also rejected Trump’s suggested use of negative interest rates to aid recovery.

Meanwhile, the US Treasury Secretary, Steven Mnuchin, cautioned that waiting too long to reopen the economy risked severe economic damage “and the health impact that creates”.

In South Korea, 24,000 people have been tested in relation to the Seoul nightclub cluster, which prompted the closure of bars and entertainment venues in the capital, according to the city’s mayor. Cases linked to the cluster have grown to 120.

Japan was expected to lift the state of emergency for 39 of its 47 prefectures on Thursday, local media reported, while the capital Tokyo is set to keep restrictions in place until it sees a convincing containment of the coronavirus.

While the nation has avoided the kind of explosive growth seen elsewhere, its testing has also been among the lowest, at 188 tests per 100,000 people, versus 3,159 in Italy and 3,044 in Germany. Hardest-hit Tokyo has conducted just 50,000 tests so far, of which about 5,000 were positive. With hospitals still stretched, the capital and surrounding prefectures are set to remain in a state of emergency.

Brazil has registered a record number of new cases of the novel coronavirus on Wednesday, surpassing France’s tally to become the sixth-worst hit country, as the disease sends the economy toward its worst year since at least 1900.

The government confirmed 11,385 new cases in the last 24 hours, bringing its total count to 188,974 cases of the coronavirus since the outbreak began. Early on Wednesday, France revised its total number of confirmed and suspected cases down 0.3% to 177,700.