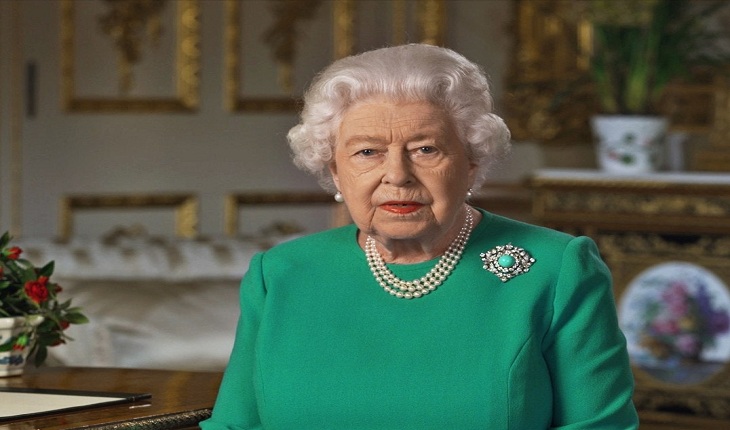 Queen Elizabeth II has likened the British public's response to the coronavirus pandemic with the efforts of its soldiers during World War II, in a televised speech delivered exactly 75 years after her father marked the end of fighting in Europe.

Speaking on the 75th anniversary of VE Day, the Queen remembered her own experiences at the end of fighting on the continent and praised the "strength and courage" of British and Allied troops who brought about Germany's surrender on May 8, 1945.

"Never give up, never despair — that was the message of VE Day," the monarch said. "I vividly remember the jubilant scenes my sister and I witnessed with our parents and Winston Churchill from the balcony of Buckingham Palace."

Acknowledging the impact on modern British life of the coronavirus pandemic, which has forced this year's public commemorations to be canceled, she also drew parallels between the UK's wartime generation and their modern compatriots.

"Today it may seem hard that we cannot mark this special anniversary as we would wish. Instead we remember from our homes and our doorsteps," she said at the conclusion of her speech. "But our streets are not empty; they are filled with the love and the care that we have for each other.

"When I look at our country today, and see what we are willing to do to protect and support one another, I say with pride that we are still a nation those brave soldiers, sailors and airmen would recognize and admire," the Queen added.

The speech marked the second time the 94-year-old monarch has addressed the country since the coronavirus outbreak began — usually a rare occurrence saved only for her annual Christmas Day message.