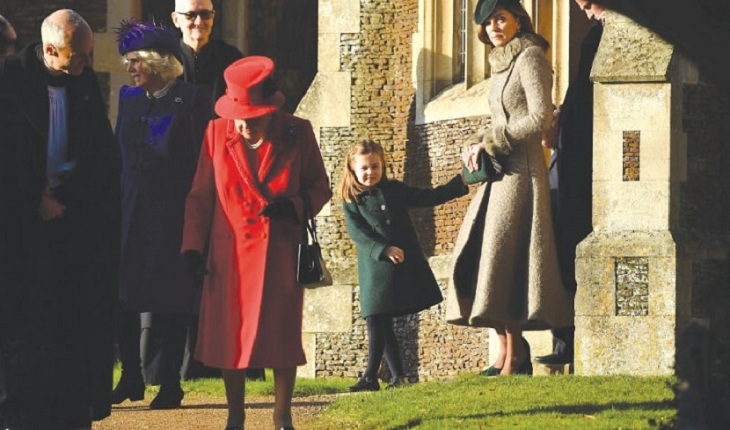 The monarch’s annual message followed a chaotic year in which Britain feuded over its split from the European Union and her scandal-plagued son Prince Andrew withdrew from public life. She called 2019 “quite bumpy” and urged Britons to “overcome long-held differences and deep-seated divisions”.

The 93-year-old took a sweeping look back at history in a pre-recorded television appearance from Buckingham Palace that included clips of Neil Armstrong and his Apollo 11 crew bouncing on the Moon.

She referenced the two historic lines Armstrong uttered upon becoming the first human to step onto the Moon’s surface in 1969. But she slightly revised his words to stress that the American’s achievement represented a giant leap for women as well as men.

“As those historic pictures were beamed back to Earth, millions of us sat transfixed to our television screens as we watched Neil Armstrong taking a small step for man and a giant leap for mankind — and, indeed, for womankind,” she said.

“It’s a reminder for us all that giant leaps often start with small steps.”

The queen recalled how young people of her generation persevered through their struggles. She was still a teenager when Britain underwent Nazi bombardments during “The Blitz” of 1940 and 1941.

“The challenges many people face today may be different to those once faced by my generation,” she said. “But I have been struck by how new generations have brought a similar sense of purpose to issues such as protecting our environment and our climate.”

The environmental campaign movement was stirred to life by Thunberg’s first “school strike for climate” in 2018.

Britain became the first major economy this year to set the legally-binding target of reducing carbon emissions to a net level of zero by 2050.

The royal family’s troubles included public squabbles between Prince William and Prince Harry — the two children of the late Princess Diana — and battles with the tabloid press.

The queen’s husband Prince Philip was able to check out a London hospital after a four-night stay for an unspecified condition in time to join the family for Christ­mas Eve. But the 98-year-old did not accompany the queen for Christmas Day services at their Sandrin­gham estate in central England.

Andrew also withdrew from the limelight after his bid to clear his name of allegations that he had sex with one of the victims of US paedophile Jeffrey Epstein backfired in a BBC interview last month.