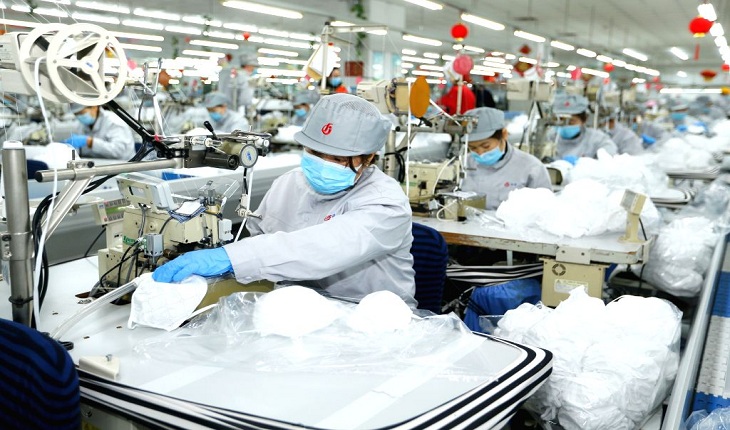 Japan announced Thursday its first death from a new virus from China, hours after confirming 44 more cases on a cruise ship quarantined near Tokyo as fears of the spreading disease mount in the country.

Health Minister Katsunobu Kato said the first fatality is a woman in her 80s who had been hospitalized since Feb. 1 when she was diagnosed with pneumonia. Her confirmed diagnosis came after her death, he said. The woman, a resident of Kanagawa prefecture near Tokyo, was the mother-in-law of a taxi driver who also became a newly confirmed case, Japanese media reported. Health Ministry officials declined to confirm a relationship at the request of her family.

Officials also confirmed two other cases, a doctor in his 50s who works at a hospital in western Japan and a man in his 20s who lives in Chiba, near Tokyo. None had a record of traveling abroad in recent weeks or contacts with Chinese — a possible sign that the virus is spreading inside the country.

Earlier Thursday, he announced 44 new cases on the Diamond Princess, which is still carrying nearly 3,500 passengers and crew members. The ship now has 218 people infected with the virus out of 713 tested since it entered Yokohama Port on Feb. 3, the largest cluster of infections outside China.

In all, Japan has 250 confirmed cases of the new disease that apparently started in Wuhan, a city in central China, in December.

China has reported 1,367 deaths among 52,526 cases on the mainland. Two other locations outside the mainland, Hong Kong and the Philippines, have recorded one death each.

Kato said five of the patients sent to hospitals earlier have severe symptoms and are on artificial respirators or under intensive care.

The government has decided to allow passengers older than 80 to get off the ship after testing negative for the virus, Kato said. He said results of tests on about 200 eligible passengers are underway, and those with chronic health problems or in cabins without operable windows will be given priority.

Kato said the measure is to reduce health risks for passengers stuck in rooms under difficult conditions. Those who are released will be asked to stay at a designated facility through the end of the quarantine period.

“We are doing our utmost for the health of crew members and passengers who remain on the ship,” Kato told a news conference.

Some experts have questioned Japan’s strategy of isolating the passengers and crew in a potentially virus-affected environment on the ship while the disease is already slowly making its way into the country.