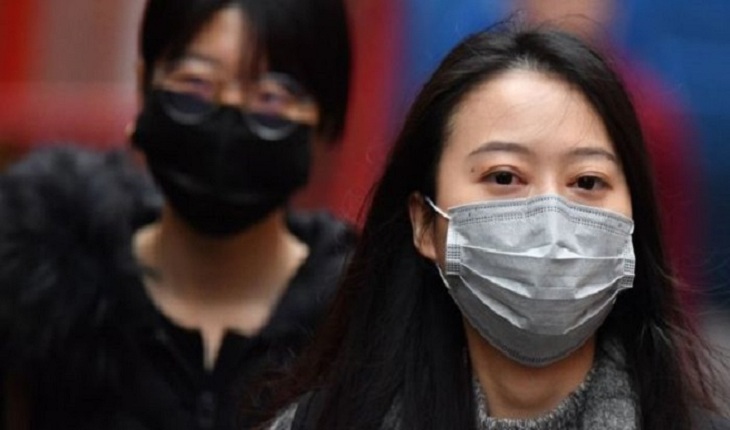 China's top leadership has admitted "shortcomings and deficiencies" in the country's response to the deadly coronavirus outbreak.

The rare admission came from the Politburo Standing Committee, which called for an improvement in China's emergency management system.

It also ordered a "severe" crackdown on illegal wildlife markets - where the virus is thought to have emerged.

The government's initial handling of the outbreak has been widely criticised.

Officials have been accused of downplaying the severity of the virus at the start of the outbreak and in some cases, attempting to keep news of it under wraps.

One doctor in Wuhan who tried to warn his fellow colleagues about the outbreak in early January was accused of "making false comments" and told by police to stop the "illegal activity".

It was only later in January that the government ramped up harsh emergency measures - ordering the virtual lockdown of Hubei province, where the virus is believed to have originated.

On Monday alone, there were 64 new deaths, China's National Health Commission said - all in Hubei.
There are more than 150 cases in other countries, with one death in the Philippines.

On Tuesday, Hong Kong confirmed its first death from the coronavirus. Broadcaster RTHK said the 39-year-old man, who suffered from an underlying illness, had visited Wuhan on 21 January.

The new coronavirus causes severe acute respiratory infection and symptoms usually start with a fever, followed by a dry cough.

The number of deaths in China, excluding Hong Kong, now exceeds the 349 killed on the mainland in the Severe Acute Respiratory Syndrome (Sars) outbreak of 2002-03. But the mortality rate of the new virus is about 2.1% - much lower than that of Sars at around 9.6% - suggesting it is not as deadly.

What has the Politburo said?

Reports of the standing committee meeting, chaired by President Xi Jinping, were carried by the official Xinhua news agency.

It said lessons had to be learned from what had been a "big test" of China's governance system.

"In response to the shortcomings and deficiencies that were exposed responding to this epidemic, we must improve our national emergency management system and improve our abilities in handling urgent and dangerous tasks," the report said.

"It is necessary to strengthen market supervision, resolutely ban and severely crack down on illegal wildlife markets and trade," it added.

On Monday, a study by a Chinese virologist said bats were the likely source. of the virus.

Wuhan remains the "top priority" and additional medical staff will be sent there, the committee said.

It said officials should assume full responsibility for their duties in epidemic prevention, and that those who failed to perform them would be punished.

It has been revealed that two officials in the town of Huajiahe were removed from their posts after a teenager with cerebral palsy died when his father - and sole carer - was quarantined for suspected coronavirus.

What is happening on the ground?

Monday's deaths, at 64, mark a new high for fatalities in a single day - topping the previous high of 57 on Sunday.

Wuhan has seen the speedy construction of two new hospitals, although they are not yet fully operational.

Provinces with populations larger than 300 million have been ordered to make the wearing of masks in public mandatory.

But there is a shortfall in equipment and China's foreign ministry on Monday issued a global appeal.

Some cities, including Shanghai, have extended the Lunar New Year holiday, with many schools still closed.

Hong Kong, which has 15 confirmed cases, has suspended 10 out of 13 border crossings with mainland China.

How are other countries responding?

The health ministers of the G7 group of nations - the US, Germany, Japan, UK, Canada, France and Italy - held a conference call on Monday.

German Health Minister Jens Spahn said they had agreed to co-ordinate on travel regulations, viral research and co-operation with the World Health Organization (WHO) and China.

Many nations have evacuated their citizens from affected areas of China, often placing them in quarantine on arrival home.

The US has ordered the departure of all US personnel family members under the age of 21, and any US citizen who has been in Hubei province will be subject to 14 days' quarantine.

Hua said the US measures were "excessive" and contrary to WHO recommendations, accusing the US of "spreading fear".

The WHO has warned that closing borders could even accelerate the spread of the virus, if travellers enter countries unofficially.

The latest on travel restrictions:

The body that represents some of the world's largest cruise ship operators, the Cruise Lines International Association, announced on Monday that passengers and crew members who had recently travelled to China would not be allowed to board vessels.

How deadly is the virus?

More than 75,000 people may have been infected in Wuhan, experts say.

But estimates by the University of Hong Kong suggest the total number of cases could be far higher than official figures.

A report on the early stages of the outbreak by the Lancet medical journal said most patients who died had pre-existing conditions.

The report found that, of the first 99 patients treated at the Jinyintan Hospital in Wuhan, 40 had a weak heart or damaged blood vessels. A further 12 had diabetes.

Most people infected are likely to fully recover - just as they would from a normal flu.

An expert at China's National Health Commission (NHC) said that one week was sufficient for a recovery from mild coronavirus symptoms.