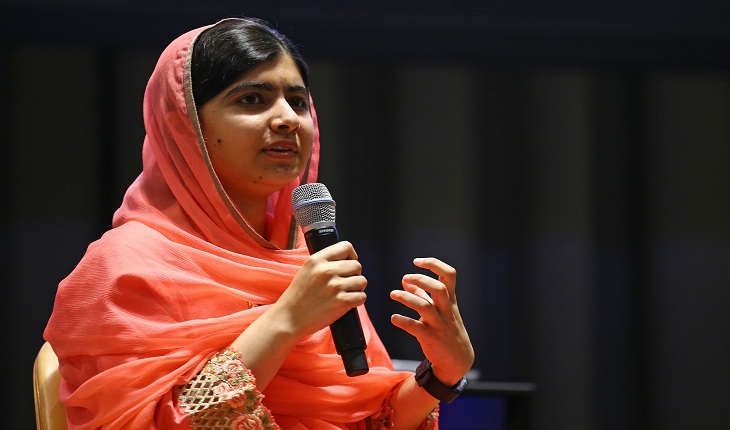 Malala Yousafzai became the most famous teenager in the world in the second decade of the 21st century, says a UN review.

In this review, the United Nations news service looks back at some of the big stories that happened in the teenage years of the 21st century and Malala’s global recognition tops the list of positive stories that unfolded between 2010 and 2019.

The first part of the review covers the period between 2010 and the end of 2013 and focuses on the devastating Haiti earthquake, Malala’s efforts to promote girls’ education, and the creation of what has now become “the world’s most dangerous UN mission”, in Mali.

“From a young age, Pakistani student Malala Yousafzai was known for speaking out in favour of the educating girls and highlighting the atrocities of the Taliban,” the report notes.

It points out that Malala was born and brought up in the volatile Swat Valley and while taking the bus home from school, in October 2012, she, and two other girls, were shot by a Taliban gunman: she was hit in the head by a bullet, but survived and eventually recovered.

“Malala’s activism and profile have only grown since the assassination attempt. She won several high-profile awards, including the 2014 Nobel Peace Prize and became a UN Messenger of Peace in 2017, with a special focus on girls’ education,” the report adds.