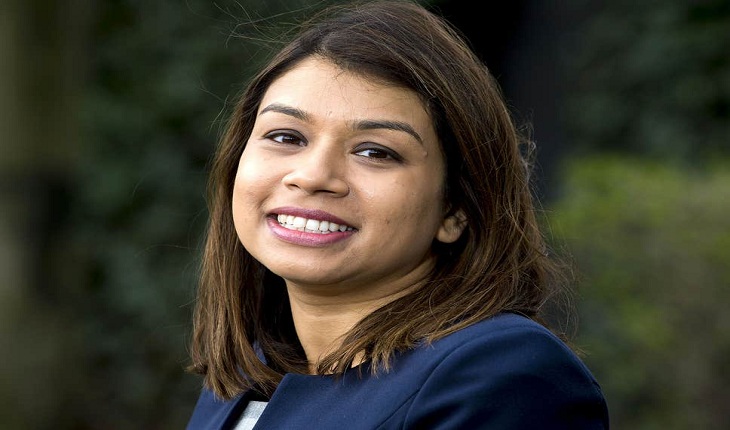 In contrast, the other three candidates from Bangladesh, Rushanara Ali, Rupa Huq, and Afsana Begum, were also elected in the contest.

Tulip, Prime Minister Sheikh Hasina's niece, held her seat in Hampstead and Kilburn, though with a slightly reduced majority.
The 37-year-old retained her first-winning seat in 2015 with a 14,188 mandate and soared to triumph amid a strong Conservative vote and Liberal Democrats ' vigorous campaign against Brexit and Labour Party anti-Semitism.

She said: "We have won here but nationally the party has not done well. We need to rebuild the trust of our communities. This country needs a Labor government. We need to make sure it's not just me standing here next time, and all our colleagues, including our female colleagues in particular, who have lost their seats, are able to recover and come back and give communities what they deserve."

Conservative Johnny Luk finished second with 13,892, with Liberal Democrats from Matt Sanders finishing third in the seat a couple of hundred votes behind 13,121. The Green Party's David Stansell got 1,608 votes and 684 voters were helped by the Brexit Party's James Pointon after an anonymous campaign.

The result came for the Labour Party on a disastrous night, and Ms Siddiq welcomed the call for a "period of reflection" from her counterpart Sir Keir Starmer.

Record number of women set to stand in UK election