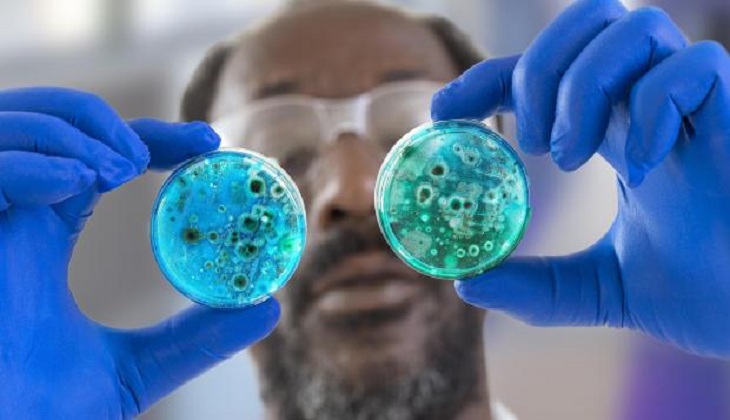 The era of doctors prescribing patients powerful antibiotics while they wait for lab reports could soon be numbered, with a new device returning results within minutes instead of days.

It was invented by a team at Penn State university and described in a paper published in the Proceedings of the National Academy of Sciences on Monday.

Co-developed by Pak Kin Wong, a professor of biomedical engineering and mechanical engineering, the device uses microtechnology to trap single bacteria cells that can then be viewed under an electron microscope.

The approach allows clinicians to determine in as little as 30 minutes whether bacteria is present and its susceptibility to drug treatment as opposed to the three-to-five days such lab work currently takes.

"We currently prescribe antibiotics even when there is no bacteria present," Wong told AFP.

"That is over prescription. That is one of things we tried to express. Can we quickly determine the existence of bacterial infection?"

The researchers' paper said that in addition to being able to detect whether bacteria is present, the device can begin to classify the type by determining whether the cells are spherical, rod-shaped, or spiral.

"This device determines existence but not what type of bacteria it is," said Wong. "What we're working on is a complementary molecular approach such that we can ID the species."

And after finding bacteria is present, the sample is exposed to antibiotics to determine whether the strain is resistant, in which case antibiotic intervention would prove ineffective.

"However, over 75 percent of urine specimens sent to a clinical microbiology laboratory are negative. Rapidly ruling out or confirming the presence of bacteria at a clinically relevant concentration will dramatically enhance patient care."

He added that the team had applied for a provisional patent and could bring their device, which they hope to scale down in size so that it can be used in hospitals and doctors' offices, to market in three years' time.

How to make someone fall in love with you: According to science