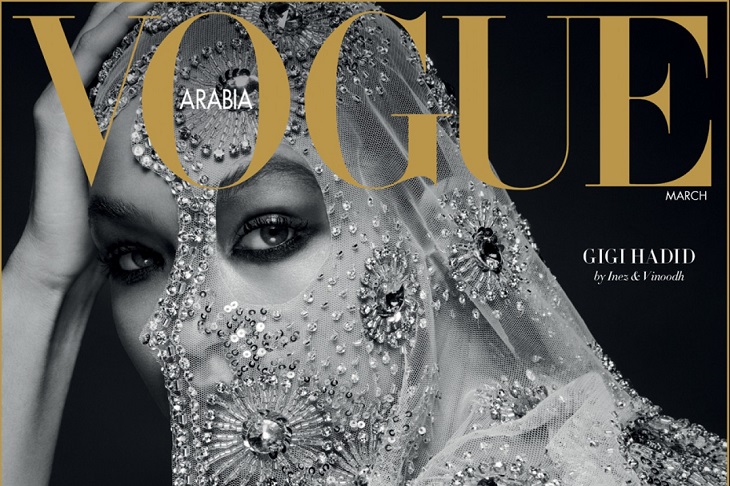 Vogue Arabia launches this month - and Gigi Hadid has been revealed as its first cover star.

Writing on her Instagram page, the model said: "Being half-Palestinian, it means the world to me to be on the first-ever cover(s) of Vogue Arabia."

Two different editions of the magazine's first issue have been produced - one in English and one in Arabic.

Different images of Hadid in a sequined headscarf feature on the two covers.

"I think the beautiful thing about there being international Vogues is that, as a fashion community, we are able to celebrate, and share with the world, different cultures," Hadid said.

Saudi princess Deena Aljuhani Abdulaziz has been appointed the editor-in-chief of the new magazine by its publisher Conde Nast International.

"In one poised photograph, [Hadid] communicates a thousand words to a region that's been waiting far too long for its Vogue voice to speak," Abdulaziz said.

The reaction to the two covers has been broadly supportive - but some Instagram users left comments encouraging the publication to use Arabian models for their future issues.

"Such a gorgeous image, though I wish they'd have used an Arabian model - those girls are so beautiful," wrote one follower of the Vogue Arabia account.

Another said: "Been waiting for this for so long ???? maybe you'll give a chance to Arab models like what Harper's Bazaar did."

Hadid has mixed heritage - her mother is a Dutch-born American while her father is Palestinian-American.