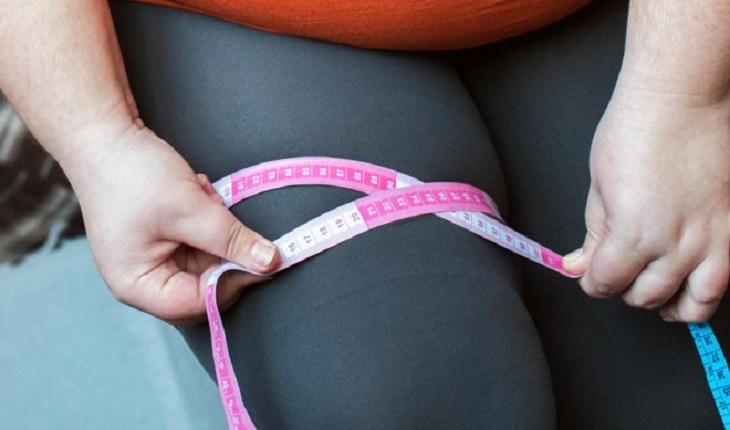 Women of a healthy weight with the highest risk of stroke or heart disease had the most belly fat and the least hip and thigh fat, the European Heart Journal research found.

More research is needed to find out why the link exists, a heart charity said.

What did the researchers do?

They were all taking part in a major US study, the Women's Health Initiative, which began in the mid-1990s, and had regular scans to check fat, muscle and bone density.

The study found "apple-shaped" women, with more fat around the belly, had a more than threefold increased cardiovascular disease risk compared with those who were "pear-shaped", with fat around the hips and thighs.

Isn't it known that being 'apple-shaped' is bad?

Heart and circulatory diseases are responsible for one in four deaths in the UK.

The reason leg fat might be protective is not well understood, but it is not causing problems elsewhere in the body.

But Prof Qibin Qi, from the Albert Einstein College of Medicine in New York, who carried out this study, said previous research has focused on those who were overweight or obese.

"Our study participants were all women with normal weight. So this message is very important: even for women with a healthy body weight, 'apple shape' or 'pear shape' still matters," he said.

What should women do?

Prof Qi says it is all about trying to reduce belly fat, so the ratio of belly to leg fat is better.

He added: "It is unknown whether there might be some particular diet or exercise which can help relocate fat. Our group is working on this question and hopefully we can have an answer soon."

In the meantime, he said the usual advice about eating healthily and exercising applied.

Dr Sonya Babu-Narayan, associate medical director at the British Heart Foundation, said: "This study uncovers an interesting link between where fat is stored and your risk of heart attack and stroke, but can't tell us why it exists.

"Future research to uncover how the distribution of body fat is related to these diseases could reveal important new ways to prevent and treat the world's biggest killer."

Foods are too sweet now