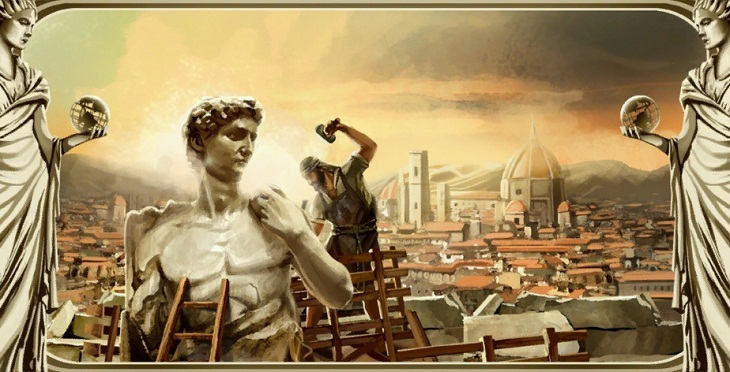 January 6 is the sixth day of the year in the Gregorian calendar. There are 359 days remaining until the end of the year (360 in leap years). This date is slightly more likely to fall on a Wednesday, Friday or Sunday (58 in 400 years each) than on Monday or Tuesday (57), and slightly less likely to occur on a Thursday or Saturday (56).

1017 – Cnut the Great is crowned King of England.
1066 – Harold Godwinson (or Harold II) is crowned King of England.
1205 – Philip of Swabia becomes King of the Romans.
1322 – Stephen Uroš III is crowned King of Serbia having defeated his half-brother Stefan Konstantin in battle.
1355 – Charles I of Bohemia is crowned with the Iron Crown of Lombardy as King of Italy in Milan.
1449 – Constantine XI is crowned Byzantine Emperor at Mystras.
1492 – The Catholic Monarchs Ferdinand and Isabella enter Granada, completing the Reconquista.
1540 – King Henry VIII of England marries Anne of Cleves.
1579 – The Union of Arras unites the southern Netherlands under the Duke of Parma, governor in the name of king Philip II of Spain.
1661 – English Restoration: The Fifth Monarchists unsuccessfully attempt to seize control of London, England.
1690 – Joseph, son of Emperor Leopold I, becomes King of the Romans.
1721 – The Committee of Inquiry on the South Sea Bubble publishes its findings.
1781 – In the Battle of Jersey, the British defeat the last attempt by France to invade Jersey in the Channel Islands.
1809 – Combined British, Portuguese and colonial Brazilian forces begin the Invasion of Cayenne during the Napoleonic Wars.
1838 – Alfred Vail demonstrates a telegraph system using dots and dashes (this is the forerunner of Morse code).
1839 – The Night of the Big Wind, the most damaging storm in 300 years, sweeps across Ireland, damaging or destroying more than 20% of the houses in Dublin.
1870 – The inauguration of the Musikverein in Vienna, Austria.
1893 – The Washington National Cathedral is chartered by Congress. The charter is signed by President Benjamin Harrison.
1900 – Second Boer War: Having already besieged the fortress at Ladysmith, Boer forces attack it, but are driven back by British defenders.
1907 – Maria Montessori opens her first school and daycare center for working class children in Rome, Italy.
1912 – New Mexico is admitted to the Union as the 47th U.S. state.
1912 – German geophysicist Alfred Wegener first presents his theory of continental drift.
1929 – King Alexander of the Serbs, Croats and Slovenes suspends his country's constitution (the January 6th Dictatorship).
1929 – Mother Teresa arrives in Calcutta, India, to begin her work among India's poorest and sick people.
1930 – The first diesel-engined automobile trip is completed, from Indianapolis, Indiana, to New York, New York.
1931 – Thomas Edison signs his last patent application.
1941 – United States President Franklin D. Roosevelt delivers his Four Freedoms speech in the State of the Union address.
1946 – The first general election ever in Vietnam is held.
1947 – Pan American Airlines becomes the first commercial airline to offer a round-the-world ticket.
1950 – The United Kingdom recognizes the People's Republic of China. The Republic of China severs diplomatic relations with the UK in response.
1951 – Korean War: An estimated 200–1,300 South Korean communist sympathizers are slaughtered in what becomes the Ganghwa massacre.
1960 – National Airlines Flight 2511 is destroyed in mid-air by a bomb, while en route from New York City to Miami.
1960 – The Associations Law comes into force in Iraq, allowing registration of political parties.
1967 – Vietnam War: United States Marine Corps and ARVN troops launch "Operation Deckhouse Five" in the Mekong River delta.
1974 – In response to the 1973 oil crisis, daylight saving time commences nearly four months early in the United States.
1978 – The Crown of St. Stephen (also known as the Holy Crown of Hungary) is returned to Hungary from the United States, where it was held after World War II.
1989 – Satwant Singh and Kehar Singh are sentenced to death for conspiracy in the assassination of Prime Minister Indira Gandhi; the two men are executed the same day.
1992 – President of Georgia Zviad Gamsakhurdia flees the country as a result of the military coup.
1993 – Indian Border Security Force units kill 55 Kashmiri civilians in Sopore, Jammu and Kashmir, in revenge after militants ambushed a BSF patrol.
1995 – A chemical fire in an apartment complex in Manila, Philippines, leads to the discovery of plans for Project Bojinka, a mass-terrorist attack.
2001 – Congress certifies George W. Bush winner of 2000 elections.
2005 – American Civil Rights Movement: Edgar Ray Killen is arrested as a suspect in the 1964 murders of Chaney, Goodman, and Schwerner.
2005 – A train collision in Graniteville, South Carolina, releases about 60 tons of chlorine gas.
2012 – Twenty-six people are killed and 63 wounded when a suicide bomber blows himself up at a police station in Damascus.
2017 – Five people are killed and six others injured in a mass shooting at Fort Lauderdale–Hollywood International Airport in Broward County, Florida.