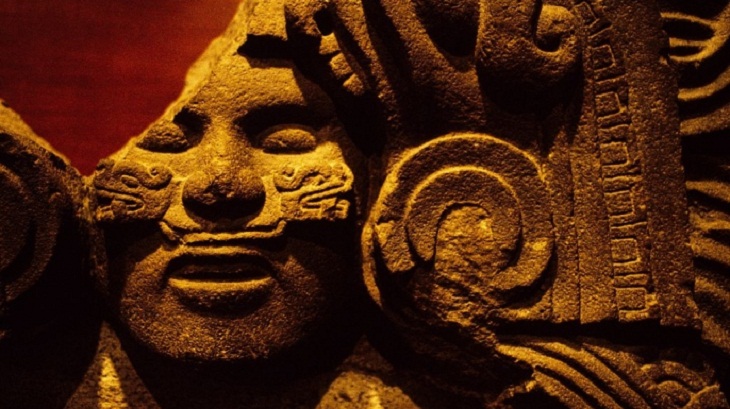 1132 – Battle of Nocera between Ranulf II of Alife and Roger II of Sicily.
1148 – Louis VII of France lays siege to Damascus during the Second Crusade.
1304 – Wars of Scottish Independence: Fall of Stirling Castle: King Edward I of England takes the stronghold using the War Wolf.
1411 – Battle of Harlaw, one of the bloodiest battles in Scotland, takes place.
1487 – Citizens of Leeuwarden, Netherlands, strike against a ban on foreign beer.
1534 – French explorer Jacques Cartier plants a cross on the Gaspé Peninsula and takes possession of the territory in the name of Francis I of France.
1567 – Mary, Queen of Scots, is forced to abdicate and replaced by her 1-year-old son James VI.
1701 – Antoine de la Mothe Cadillac founds the trading post at Fort Pontchartrain, which later becomes the city of Detroit.
1783 – The Kingdom of Georgia and the Russian Empire sign the Treaty of Georgievsk.
1814 – War of 1812: General Phineas Riall advances toward the Niagara River to halt Jacob Brown's American invaders.
1823 – Afro-Chileans are emancipated.
1823 – In Maracaibo, Venezuela, the naval Battle of Lake Maracaibo takes place, where Admiral José Prudencio Padilla defeats the Spanish Navy, thus culminating the independence for the Gran Colombia.
1847 – After 17 months of travel, Brigham Young leads 148 Mormon pioneers into Salt Lake Valley, resulting in the establishment of Salt Lake City.
1847 – Richard March Hoe, American inventor, patented the rotary-type printing press.
1864 – American Civil War: Battle of Kernstown: Confederate General Jubal Early defeats Union troops led by General George Crook in an effort to keep them out of the Shenandoah Valley.
1866 – Reconstruction: Tennessee becomes the first U.S. state to be readmitted to the Union following the American Civil War.
1901 – O. Henry is released from prison in Columbus, Ohio, after serving three years for embezzlement from a bank.
1910 – The Ottoman Empire captures the city of Shkodër, putting down the Albanian Revolt of 1910.
1911 – Hiram Bingham III re-discovers Machu Picchu, "the Lost City of the Incas".
1915 – The passenger ship SS Eastland capsizes while tied to a dock in the Chicago River. A total of 844 passengers and crew are killed in the largest loss of life disaster from a single shipwreck on the Great Lakes.
1922 – The draft of the British Mandate of Palestine was formally confirmed by the Council of the League of Nations; it came into effect on 26 September 1923.
1923 – The Treaty of Lausanne (1923), settling the boundaries of modern Turkey, is signed in Switzerland by Greece, Bulgaria and other countries that fought in World War I.
1924 – Themistoklis Sofoulis becomes Prime Minister of Greece.
1927 – The Menin Gate war memorial is unveiled at Ypres.
1929 – The Kellogg–Briand Pact, renouncing war as an instrument of foreign policy, goes into effect (it is first signed in Paris on August 27, 1928, by most leading world powers).
1935 – The Dust Bowl heat wave reaches its peak, sending temperatures to 109 °F (43 °C) in Chicago and 104 °F (40 °C) in Milwaukee.
1937 – Alabama drops rape charges against the "Scottsboro Boys".
1943 – World War II: Operation Gomorrah begins: British and Canadian aeroplanes bomb Hamburg by night, and American planes bomb the city by day. By the end of the operation in November, 9,000 tons of explosives will have killed more than 30,000 people and destroyed 280,000 buildings.
1950 – Cape Canaveral Air Force Station begins operations with the launch of a Bumper rocket.
1959 – At the opening of the American National Exhibition in Moscow, U.S. Vice President Richard Nixon and Soviet Premier Nikita Khrushchev have a "Kitchen Debate".
1963 – The ship Bluenose II was launched in Lunenburg, Nova Scotia. The schooner is a major Canadian symbol.
1966 – Michael Pelkey makes the first BASE jump from El Capitan along with Brian Schubert. Both came out with broken bones. BASE jumping has now been banned from El Cap.
1967 – During an official state visit to Canada, French President Charles de Gaulle declares to a crowd of over 100,000 in Montreal: Vive le Québec libre! ("Long live free Quebec!"); the statement angered the Canadian government and many Anglophone Canadians.
1969 – Apollo program: Apollo 11 splashes down safely in the Pacific Ocean.
1974 – Watergate scandal: The United States Supreme Court unanimously ruled that President Richard Nixon did not have the authority to withhold subpoenaed White House tapes and they order him to surrender the tapes to the Watergate special prosecutor.
1977 – End of a four-day-long Libyan–Egyptian War.
1980 – The Quietly Confident Quartet of Australia wins the men's 4 x 100 metre medley relay at the Moscow Olympics, the only time the United States has not won the event at Olympic level.
1982 – Heavy rain causes a mudslide that destroys a bridge at Nagasaki, Japan, killing 299.
1983 – The Black July anti-Tamil riots begin in Sri Lanka, killing between 400 and 3,000. Black July is generally regarded as the beginning of the Sri Lankan Civil War.
1983 – George Brett batting for the Kansas City Royals against the New York Yankees, has a game-winning home run nullified in the "Pine Tar Incident".
1987 – US supertanker SS Bridgeton collides with mines laid by IRGC causing a 43-square-meter dent in the body of the oil tanker.
1987 – Hulda Crooks, at 91 years of age, climbed Mt. Fuji. Crooks became the oldest person to climb Japan's highest peak.
1998 – Russell Eugene Weston Jr. bursts into the United States Capitol and opens fire killing two police officers. He is later ruled to be incompetent to stand trial.
2001 – Simeon Saxe-Coburg-Gotha, the last Tsar of Bulgaria when he was a child, is sworn in as Prime Minister of Bulgaria, becoming the first monarch in history to regain political power through democratic election to a different office.
2001 – The Bandaranaike Airport attack is carried out by 14 Tamil Tiger commandos. Eleven civilian and military aircraft are destroyed and 15 are damaged. All 14 commandos are shot dead, while seven soldiers from the Sri Lanka Air Force are killed. In addition, three civilians and an engineer die. This incident slowed down the Sri Lankan economy.
2013 – A high-speed train derails in Spain rounding a curve with an 80 km/h (50 mph) speed limit at 190 km/h (120 mph), killing 78 passengers.
2014 – Air Algérie Flight 5017 loses contact with air traffic controllers 50 minutes after takeoff. It was travelling between Ouagadougou, Burkina Faso and Algiers. The wreckage is later found in Mali. All 116 people onboard are killed.