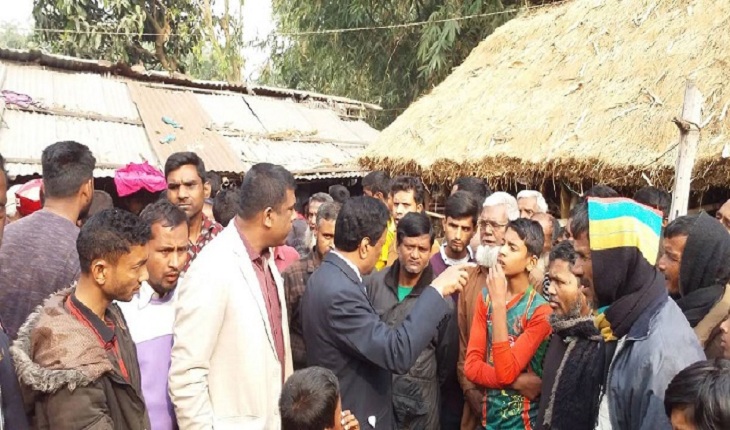 A team of Institute of Epidemiology Disease Control and Research (IEDCR) on Tuesday morning visited Songaon village in Baliadangi upazila under Thakurgaon where two members of a family died of ‘unidentified disease’ and three others fell sick.

They collected blood samples for tests from the patients who are now undergoing treatment at Thakurgaon Modern Sadar Hospital.

About these patients of the same family, Civil Surgeon said “They are doing well now and hope they will go home on Tuesday.”

Health department kept the village under surveillance and also suggested the people not be panicked over the incident, he added.

Earlier in 2019, five members of family died from Nipah Virus in the same upazila.