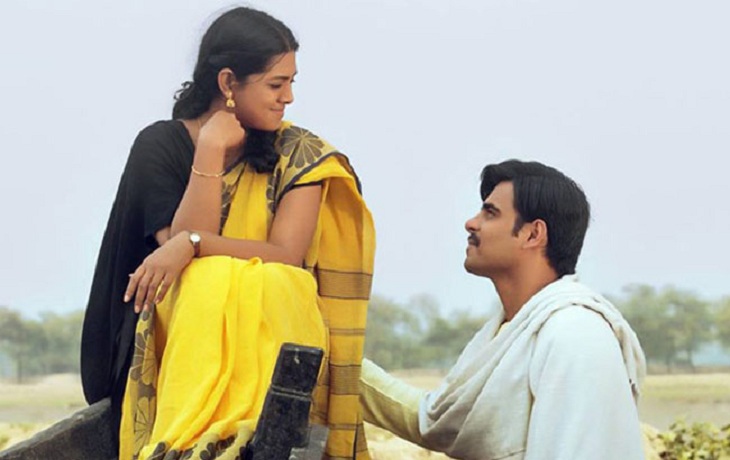 The premier show of ‘Fagun Haway’, a movie based on the 1952 Language Movement, draw a large number of film loving people at cinema halls.

Actor turned director Tauquir Ahmed directed the movie which was released simultaneously at 52 cinema halls across the country.

The story of the movie was taken from Tito Rahman’s Bou Kotha Kou while Nusrat Imrose Tisha, Indian actor Yashpal Sharma and Siam Ahmed were in the leading role in the film produced by the Impress Telefilm.

Prior to enjoying the movie, he asked dramatists, filmmakers, writers, researchers and intellectuals to work more with the Language Movement and spread the history and tradition of it amongst all as he addressed a function of a special premiere show of a movie based-on 1952’s movement at Bangabhaban here.

“The spirit of Amar Ekushey has become an inspiration of global people to preserve their respective languages and cultures . . . spread the history and traditions of 1952 Movement,” the President said. Director Tauquir Ahmed, Managing Director of Impress Telefilm Faridur Sagor Reza and Director and Head of Channel i Shykh Seraj also spoke on the occasion.

Earlier, Tauquir and lead artiste Siam also watched the opening show of the movie at the Balaka Cinema Hall this morning while a large number of crowds acclaimed the directorship and cinematography to make the audience to visualize the scenario of language movement.

Talking to newsmen, Tauquir expressed his optimism that the will touch the viewers mindset, their affections for Bangla language and portray the true history of Bangalee’s struggle for their mother tongue.

According to viewers, more movies on such historic incidents should be produced to infuse nationalism and patriotism into mindset of new generation.