What transpired at Deepika Padukone-Ranveer Singh's grand wedding in Italy 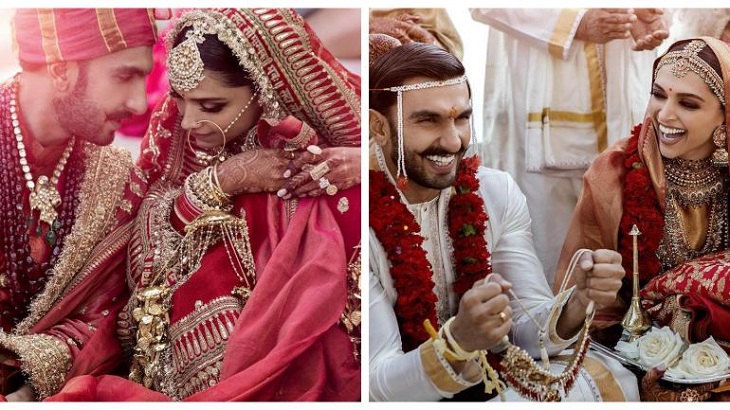 Their countless fans had been witness to the love story that blossomed on the sets of Ram-Leela (2013) and grew stronger over the years. It was only fitting then that Ranveer Singh and Deepika Padukone share the joy of their big day with their well-wishers. Staying true to their promise and as reported in mid-day, the newly-weds shared the official images from their wedding last evening, sending their fans into a tizzy.

The hours before saw Bollywood's power couple solemnise their relationship at Villa del Balbianello in a Sindhi-style wedding. Never mind the Italian venue, the shaadi of the year was a desi affair ­- it has been heard that a priest was specially flown down from Amritsar for the Anant Karaj ceremony. A source informs, "A makeshift gurudwara was erected inside the premises. A priest was flown down from Amritsar for the ceremony that began in the morning and went on till afternoon."

Nearly 10 large boats were deployed to bring the guests from the CastaDiva Resort And Spa to the wedding venue. The villa itself was adorned with nearly 10,000 red flowers, primarily roses, in keeping with the red theme of the function. If the Konkani wedding on Wednesday was a serene affair, the North Indian style shaadi was all about band, baaja, baaraat.

The groom's now-famously flamboyant streak came to the fore once again, as he arrived at the venue dancing to '90s hits. "In his trademark style, Ranveer led the baaraat as they danced to songs including Tamma Tamma, My Name Is Lakhan and Chunnari Chunnari. He also grooved to his chartbusters, including Tune Maari Entriyaan, Tattad Tattad and Galla Goodiyaan," adds the source.

While the couple opted for their favourite couturier - Sabyasachi Mukherjee - for their D-day, the highlight of Padukone's bridal trousseau was the veil. In keeping with Sindhi customs, the veil was gifted to Padukone by Singh's family. The intricately designed chunri had 'Sada Saubhagyavati Bhava' inscribed on it in gold. The wedding was followed by an elaborate lunch that included Sindhi delicacies such as dal pakwan, koki and sev barfi.

Deepika, Ranveer to tie the knot in November