Now Rihanna forbids Trump to use her songs at rallies 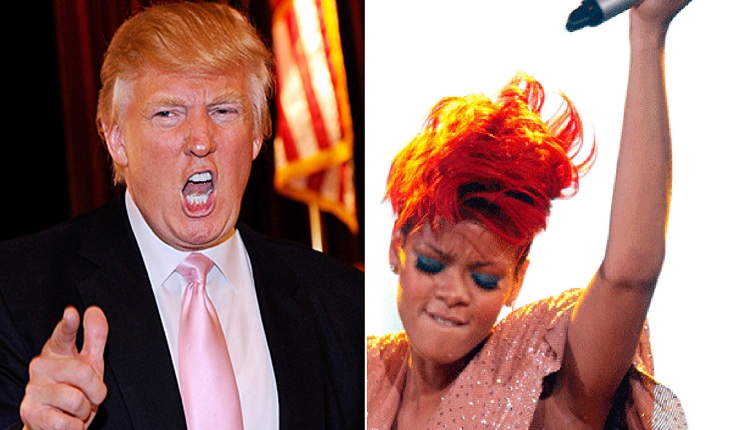 After Pharrell, Rihanna has objected to US President Donald Trump using her music at his campaign rallies ahead of the midterms.

The singer took to Twitter to protest after she learnt that her hit track “Don’t Stop the Music” was reportedly played at a campaign rally Sunday for Republican Senate candidate Marsha Blackburn in Chattanooga, Tennessee.

“(Neither) me nor my people would ever be at or around one of those tragic rallies. Thanks for the heads up Philip (sic)!” she tweeted her reply to Rucker.

Last week, Pharrell Williams sent a cease-and-desist notice to Trump after his popular track “Happy” was played at the US president’s political rally, the same day of the Pittsburgh synagogue shooting.

Other artistes who have forbidden the POTUS to using their music include Neil Young, Adele, Elton John, the Rolling Stones, Queen, George Harrison, Luciano Pavarotti, Steven Tyler and Prince.