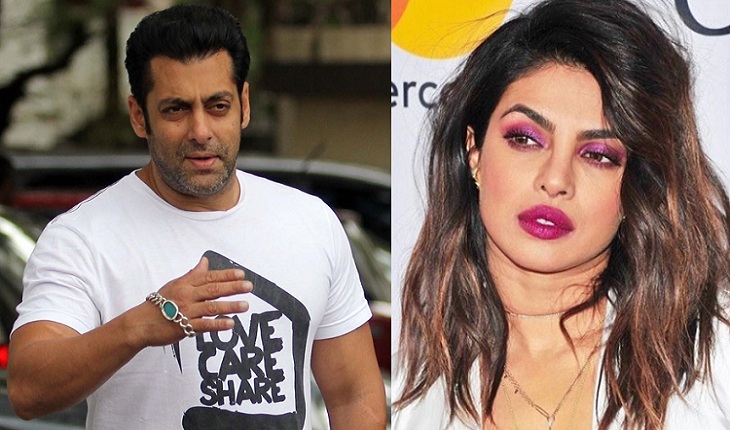 Will the friendship between co-stars Priyanka Chopra and Salman Khan end with her decision of quitting Bharat? If sources are to be believed, PeeCee’s decision of walking out of the project has left Bollywood superstar Salman Khan fuming.

The director of Bharat, Ali Abbas Zafar, announced the news on Twitter and expressed happiness over her decision with a cryptic tweet. But on the other side, Salman Khan is not quite in peace with the news according to the reports of Bollywood life.

A source close to the actor has revealed that ‘Salman has vowed to never work with Priyanka’. Salman and Priyanka were supposed to share the screen after 10 years. They were last seen in God Tussi Great Ho in 2008.

However, speculations are that Priyanka might be getting married to beau Nick Jonas and is keeping her calendar light for the next few months.

The Ali Abbas Zafar directorial is scheduled to release on Eid 2019, and the shooting of the film kicked off last Sunday itself.

So, does Priyanka's mommy approve of rumoured boyfriend Nick