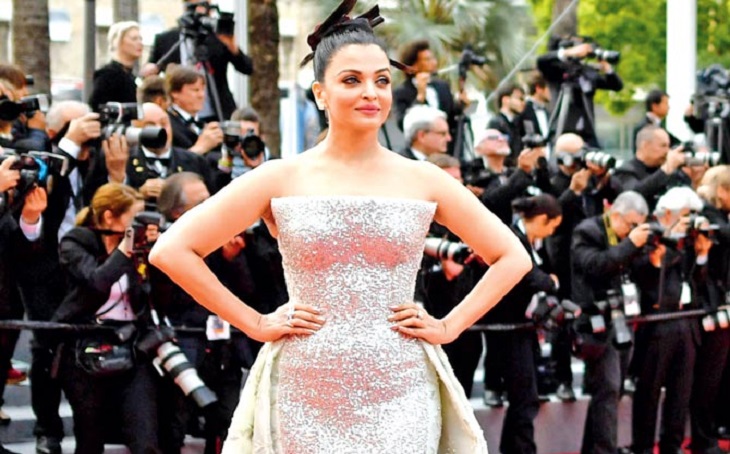 With her latest appearances at the Cannes Film Festival, Aishwarya Rai Bachchan showed why the title of one of the world's most beautiful women rests deservingly on her shoulders.

Sashaying down the red carpet of the prestigious festival for the 17th year as the ambassador of L'Oreal Paris, the actor wowed fashion critics with her outing in a Michael Cinco gown, followed by the dreamy Rami Kadi creation. However, Rai said she doesn't understand the judgment that goes hand-in-hand with such outings.

"Shringaar [here, dressing up] has been part of who we are. It's an individual choice and people need to stop judging each other," said Rai. Though she has been having a good run at the style central over the past few years, it hasn't been a cakewalk for her — the fashion police had come down heavily on her during her missteps in the initial years at Cannes. When asked how she deals with the criticism, she said, "There can be immense praise or criticism, which comes with being a celebrity. I don't disrespect it, but it doesn't spear through my heart."

With her Cannes commitment behind her, Aishwarya Rai Bachchan is now expected to get back in the thick of things. Reports suggested that she would team up with Prernaa Arora's KriArj Entertainment for three films — Jasmine, and the remakes of Raat Aur Din (1967) and Woh Kaun Thi (1964). However, Rai insisted that she is yet to give her nod to them. "After I was given a narration of Jasmine, I requested the team to rewrite a few things. So we'll see where that goes. Woh Kaun Thi and Raat Aur Din remakes are fabulous ideas. Once I return from Cannes, I will sit down with the team and understand how they want to remake the films. Only then will I take a call."