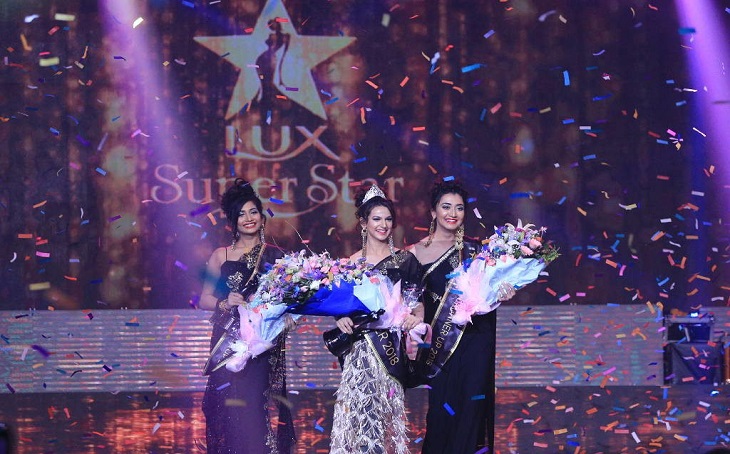 Winning the crown, an elated Mim said, “This is something I can’t express.”

She competed against more than 12,000 contestants including four other finalists.

Sarwat Azad was announced the first runner up, while Samia Othoi became the second runner up.

Lux and Channel i jointly organised the beauty pageant after a 3-year pause.

Mim, a student of Jahangirnagar University saying, “This was the first time I participated in any beauty contest. I never expected to be the winner.”

The star studded event began at 7:30pm with a dance performance of the best-10 contestants of the beauty pageant.

The performance of the three star judges - Arifin Shuvoo, Tahsan and Sadia Islam Mou - also caught the eyes of audience.

The beauty contest’s ninth season with a brand new title ‘Channel i presents Lux Super Star’, however, started back in January.

Among twelve thousand participants all over the country, Samia Othoi, Mim Mantasha, Sarwat Azad, Ishrat  Zaheen and Nabeela Afroz made their journey till the finale through various tasks such as photo shoot, acting, dancing, modelling sessions and many more.