Priyanka Chopra hands over the baton to cousin Parineeti Chopra 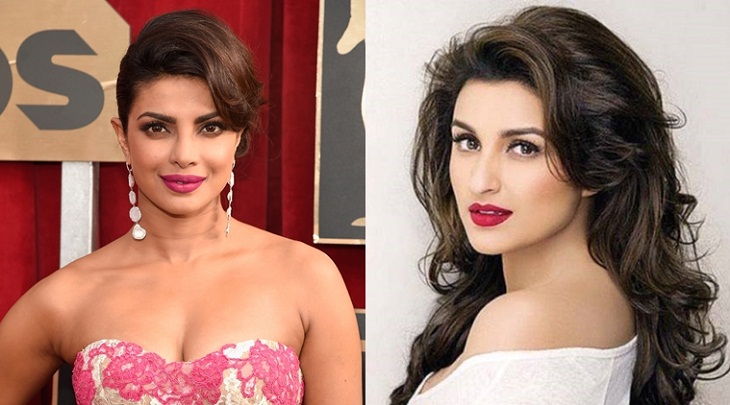 Given that Sanjay Leela Bhansali Productions is a force to be reckoned, it seems unlikely that the filmmaker would struggle to rope in artistes of his choice for his projects. Yet, the unit of Bhansali's upcoming biopic, Gustakhiyan, has seen multiple alterations in the cast, with rumours suggesting that latest addition Priyanka Chopra has also stepped away from the lead role and handed over the baton to cousin Parineeti.

The film, based on the life of poet Sahir Ludhianvi, was to initially feature Irrfan with Priyanka.

But both opted out later, with PeeCee citing her Hollywood commitments as reason. While Irrfan's part in debutante director Jasmeet Reen's film was then offered to Abhishek Bachchan, a source suggests that Bhansali found his leading lady in Parineeti, who will play the protagonist's love interest, renowned poetess Amrita Pritam.

"If Parineeti commits to Gustakhiyan, this film will mark the first outing of Abhishek and Parineeti as a couple. Bhansali is keen to cast her since the role is a defining one. He felt she has the grace and sensitivity to play a poetess," the source says, further adding that the script has appealed to Parineeti, who is figuring the dates.

The actor will need to pull strings to accommodate Bhansali's film, given that she has Vipul Shah's Namastay Canada, with Arjun Kapoor, kicking off during the same time. While Bachchan has given his nod, he also finds himself juggling too many projects early next year. After a pale 2017 with no films to his credit, Bachchan has Shailesh Singh's untitled next, and Priyadarshan's upcoming venture, tentatively titled Bachchan Singh in his kitty.

Gustakhiyan will portray the life of Indian poet Sahir Ludhianvi, and his relationship with Amrita Pritam, a leading 20th-century poet of the Punjabi language. Their story of unrequited love kicked off at a poetry reading session in 1944, when Amrita was married to editor Pritam Singh. She was immediately smitten by Ludhianvi, and they bridged the distance between their hometowns, Delhi and Lahore, through letters.

Their story is depicted in her biography, Rasidi Ticket. She is once believed to have spoken about her love for Ludhianvi, stating: "Walking at some distance from Sahir, I noticed that where his shadow was falling on the ground, I was being engulfed by it entirely."