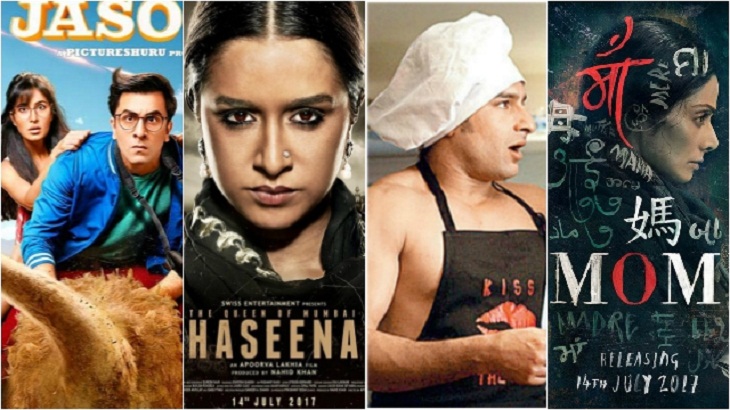 Bollywood was gearing up to witness a four-way box-office clash on July 14 – according to reports, Sridevi’s ‘Mom’, Ranbir Kapoor’s ‘Jagga Jasoos’, Saif Ali Khan’s ‘Chef’ remake and Shraddha Kapoor’s ‘Haseena: The Queen Of Mumbai’ was expected to hit the screens on the same date. While many wondered which film would be the first one to budge, recent reports suggest that Sridevi’s film ‘Mom’ has opted out of the race.

The release date of the thriller drama has been advanced by a week to July 7. This means that ‘Mom’, which also stars Akshaye Khanna and Nawazuddin Siddiqui, will enjoy one week’s unperturbed business at the ticket windows.

Will the remaining three films stick to the release date of July 14? Let’s wait and watch.

‘Half Girlfriend’ motion poster: It's complicated between Shraddha Kapoor and Arjun Kapoor

Shraddha Kapoor On Link-Up With Farhan Akhtar: It's Unfair