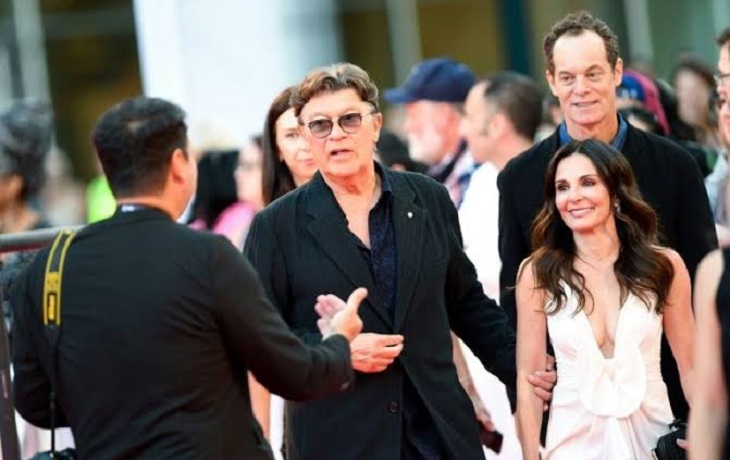 Tales of The Band's descent into drug-fueled feuding are as well-worn as their pioneering Americana sound but a star-studded documentary opening the Toronto film festival has stoked controversy by largely ignoring them.

It follows de facto band leader Robertson's journey from childhood in Toronto, through playing alongside Bob Dylan on his infamous "electric" tour, to culminate with The Band's farewell 1976 gig.

The rock outfit never again all appeared on stage after "The Last Waltz" concert, with rifts emerging among the group in particular between Robertson and drummer Levon Helm, who lapsed into heroin addiction.

"I loved Levon, and we were not 'like brothers' to me we were brothers," Robertson said Thursday.

"Years later, I wasn't there but for him, it went to another place, and I had no control over that. So I just stepped aside," he added.

The Band reformed without Robertson soon after the farewell concert, and toured until another member, Richard Manuel, killed himself. Helm, who penned a memoir accusing Robertson of breaking up the group and monopolizing songwriting credits, died in 2012.

But 26-year-old Canadian director Daniel Roher said he chose to focus on the group's music and camaraderie in their early touring days because that is something "we're going to remember in 100 years."

"Part of the legacy of The Band, a lot of the oxygen in that room was absorbed by this apparent feud," he said.

"I really just put emphasis on the brotherhood, and what these guys did together, and this extraordinary creative collaboration. And that's what I'm really excited about to share with the film," he added.

Initial reviews suggested that approach was wide of the mark.

The Hollywood Reporter said the film took "a respectful fan's-eye view" but avoided taking "more artistic chances," while Indiewire accused it of "reckless self-mythologizing" on behalf of Robertson.

The Wrap said the film's "truncated timeline" was "frustrating," and called its selection as the festival's opening-night movie "an odd choice."

Robertson whose memoirs inspired the film, and who provides first-person narration throughout the documentary did not answer any journalists' questions on the glitzy premiere's red carpet.

Also in attendance was Scorsese, a longtime collaborator with Robertson who will use the musician's talents for the score of his upcoming "The Irishman."

The only other surviving band member, Garth Hudson, did not appear.

Festival head Cameron Bailey introduced the opening film by inviting leaders of Canada's indigenous First Nations peoples onto the stage, noting to loud applause that "This is the sacred land that has been the site of human activity for 15,000 years."

"As long as you embody a character, there's already a suspension of disbelief in the audience anyway," actress Rosalind Eleazar told Variety. "As long as the actors do a good job... why not?"

Hugh Laurie and Tilda Swinton also star along with Game of Thrones' Gwendoline Christie in a cast jokingly described by Patel as the "British Avengers."