Canadian woman takes on stereotypes as a drag king 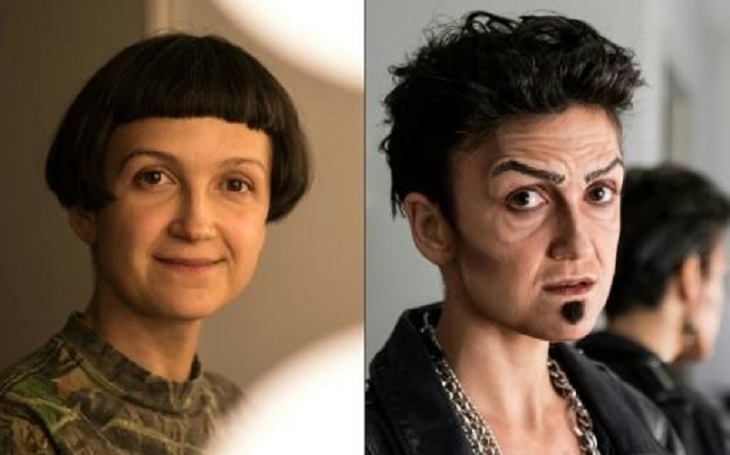 Melodie Rousseau is an actress by day, but at night, the 33-year-old Canadian makes herself up as a man and takes the stage at Montreal's cabaret halls as a drag king.

Performing in drag is not only a means of artistic expression it's a political statement by Rousseau and others looking to step out of the formidable shadow of the better-known drag queens.

Rousseau, who performs as Rock Biere, needs two and a half hours for her transformation.

On her slender face, she uses a make-up brush to draw the eyebrows and contours that define her alter ego.

"It's about erasing the woman to create this virile male," she says with a laugh.

While drag queens have entered the mainstream thanks to shows like "RuPaul's Drag Race," drag kings are still under the radar.

In Quebec province, they can be counted on one hand, according to veteran Canadian drag king Charli Deville.

Deville says only four drag kings are featured on a regular basis at Montreal's bars, as opposed to about 80 drag queens.

Rousseau was running a cafe and working as an actress in her own theater company when Rock Biere became part of her life last year.

At first, she was not interested in performing, but her girlfriend "forced" her, she says with a smile.

"There is of course a political side to it all, for a woman to take on a male persona," the actress says. "It's a bit dangerous for a woman to dare to adopt the physique of the dominant sex."

For sociologist David Risse, the director of the Center for Diversity Research and Cultural Activities in Montreal, the act of being a drag king is a "statement it's empowerment."

The women involved are "reappropriating an entire gender (...) and they are doing it on their own terms."

"I really work on a critique, even parody, of men," says Rousseau.

At one point, her Rock Biere character takes the stage with drag queen Crystal Slippers for a duet.

Rock tries to pick up Crystal in the crassest of ways, and she rejects him repeatedly, eliciting uproarious laughter from the audience.

Rousseau admits she had to overcome her own fears to enter the world of drag. She worried about how the audience and her loved ones would judge her, and also was concerned about "being a girl in a man's world."