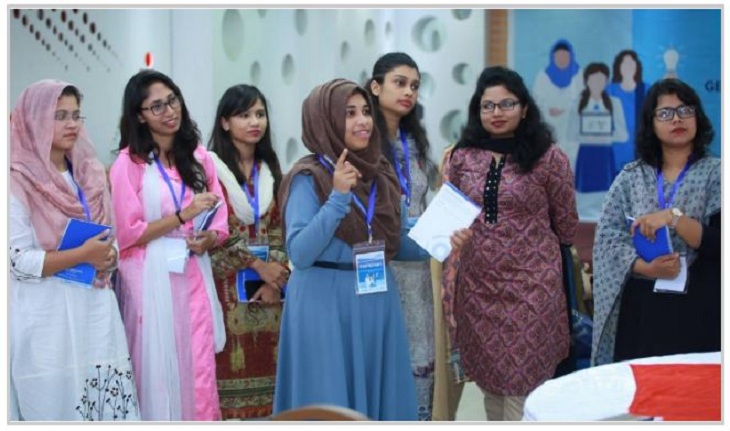 The participation of educated women in business is growing due to implementation of some programmes and time-befitting policies, says a study report.

The report also revealed that a very few families now discourage women from involving in business due to the current business-friendly policies and atmosphere.

The findings of the study were unveiled at a programme at Cirdap auditorium on Thursday.

Industries Minister Nurul Majid Mahmud Humayun was present at the event as the chief guest.

According to the study, 20 percent women having graduation was involved in business in 2009 which increased to 26 percent in 2017.

Besides, around 42 percent women were discouraged from involving in business in 2009 and it came down to only four percent in 2017.

The reports also said only 10 percent women entrepreneurs used to provide tax in 2009 which increased to 56 percent in 2017.

According to the study, 28 percent women had to face social obstacles towards running business in 2009, and it decreased to 14 percent in 2017.

It also said the trend of involvement of socially-backward women in business is also growing as they are getting assistance in many ways from the government.

Speaking at the programme, the Industries Minister said it is not possible to ensure sustainable development excluding women who are half of the country’s total population.

He said Prime Minister Sheikh Hasina is giving focus on effective research for enhancing the participation of women in economic activities.

The minister also said the government is resolving the problems the female entrepreneurs are facing on a priority basis to attain the goal for empowering women.