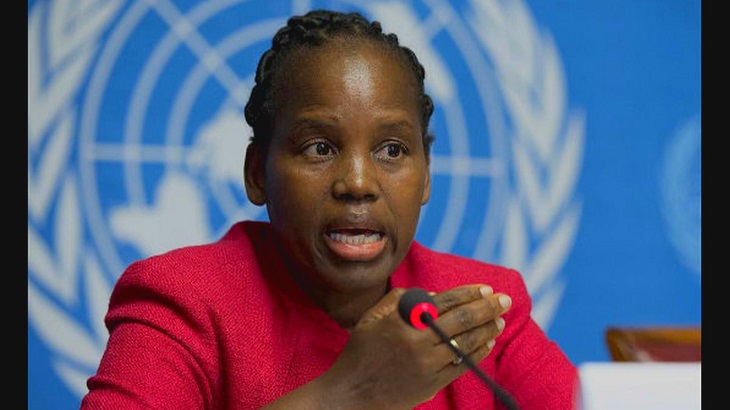 Unity Dow (born 23 April 1959) is a judge, human rights activist, and writer from Botswana. She came from a rural background that tended toward traditional values of the African kind. Her mother could not read English and in most cases decision-making was done by men.

In 1991, Unity Dow co-founded the private Baobab Primary School in Gaborone which remains one of the best primary schools in Botswana. She also co-founded the first AIDS-specific NGO in the country "AIDS ACTION TRUST."

Dow earned her acclaim as a lawyer particularly through her stances on women's rights. She was the plaintiff in a case that allowed the children of women by foreign nationals to be considered Batswana (Attorney General of Botswana v Unity Dow (1992). Before this case, according to tradition and prior precedent, nationality only descended from the father. She later became Botswana's first female High Court judge.

As a novelist, Dow has published five books. These books often deal with issues concerning the struggle between Western and traditional values. They also involve her interest in gender issues and her nation's poverty. Unity Dow contributed to the book "Schicksal Afrika" (Destiny Africa) by the former German President Horst Koehler in 2009. In May 2010, Harvard Press published her latest book, "Saturday is for Funerals," which describes the AIDS problem in Africa.

Since 2005, Unity Dow has been a member of a UN mission to Sierra Leone to review domestic application of international women's human rights norms. On 13 December 2006, she was one of three judges who ruled on the now internationally acclaimed Kgalagadi (San, Bushmen or Basarwa) court decision, concerning the rights of the San to return to their ancestral lands.

Unity Dow has been a Member of Special mission at the invitation of the Rwandan Government and UN special court for Rwanda since 2007. The purpose of this mission is to review the Rwandan Judiciaries preparedness to take over the hearing of the 1994 genocide cases.

Dow was a visiting professor of Law at the School of Law, Columbia University, New York, during the fall semester 2009, and further at Washington and Lee, Lexington USA, 2009, and University of Cincinnati, Ohio USA, 2009.

After retiring from the High Court Botswana in 2009, after 11 years of service, she opened the Legal Firm "Dow & Associates" in Botswana February 2010. Dow was also sworn in as Justice of the IICDRC (Interim Independent Constitutional Dispute Resolution Court) of Kenya by the Kenyan President to serve implementing the new constitution in Kenya.

On 14 July 2010 Dow was awarded the French Medal of the Légion d'honneur de France by representatives of the French President Nicolas Sarkozy for her human rights activities.

Unity Dow is the only motswana listed under the world recognised feminists for her advocation in women rights from the period of 1940 to present.

CNN presented Unity Dow as one of Africa's most engaging personalities in their weekly show African Voices on 29 June 2012.

On 6 July 2012 Unity Dow was appointed by The United Nations Human Rights Council as one of three independent experts to conduct a fact-finding mission on how Israel's West Bank settlements affect Palestinians. A preliminary version of the report published January 31, 2013 aroused much discussion.

In 2013, Dow decided to enter politics and to serve her country the extensive expertise she has gained in a variety of fields.

On 14 November 2014 Unity Dow was successful in representing LEGABIBO, the Gays, Lesbians and Bisexuals of Botswana in a trial versus the State of Botswana to register LEGABIBO as an organization in Botswana. Previously the State has refused the registration on arguments it would be unconstitutional.