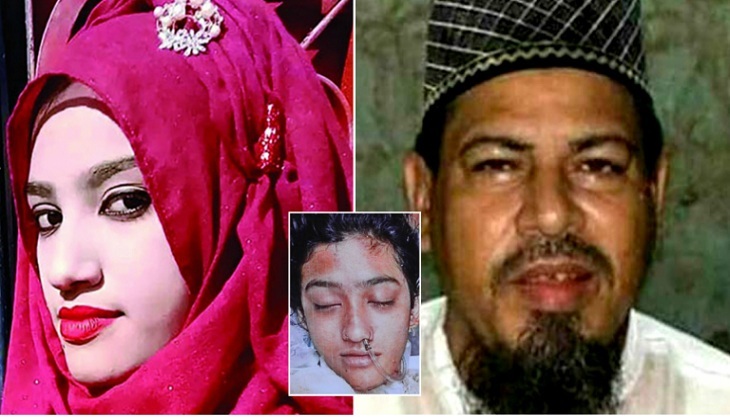 According to case details, Sirajuddoula sexually harassed Nusrat in his office on March 27. Her mother filed the case the next day.

On April 6, Nusrat was set afire at an examination centre, allegedly by people loyal to the principal, after he was arrested and subsequently suspended after the case was filed.