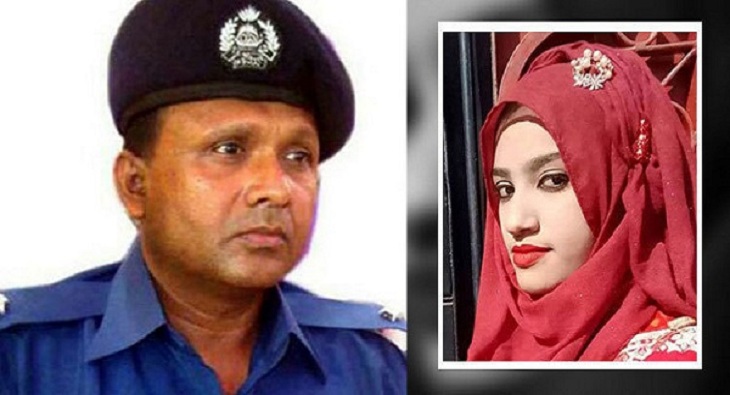 Arrested for illegally recording a rape victim, Sonagazi Police Station’s former officer-in-charge will be produced before a local court today.

A team of Sonagazi police is already in Dhaka to take custody of arrested officer Moazzem Hossain from Shahbagh police and take him back.

Officer-in-charge of Sonagazi Police Station Moin Uddin said that Moazzem Hossain will be produced before a Dhaka court today.

Moazzem Hossain was arrested yesterday, 20 days after a warrant was floated in a case filed under Digital Security Act for recording a rape victim.

He is closely tied to the murder of Nusrat Jahan Rafi, a madrasa girl from Feni’s Sonagazi who was burned to death for refusing to withdraw a sex assault complaint against Sonagazi Islamia Senior Fazil Madrasa’s then principal Siraj Ud Doula.

Moazzem, who has been found negligent, recorded Nusrat without her consent. The video clip subsequently found its way on to the social media.

The police officer was eventually suspended and sued in Dhaka. A hearing on the case is scheduled at the Cyber Tribunal in Dhaka today.