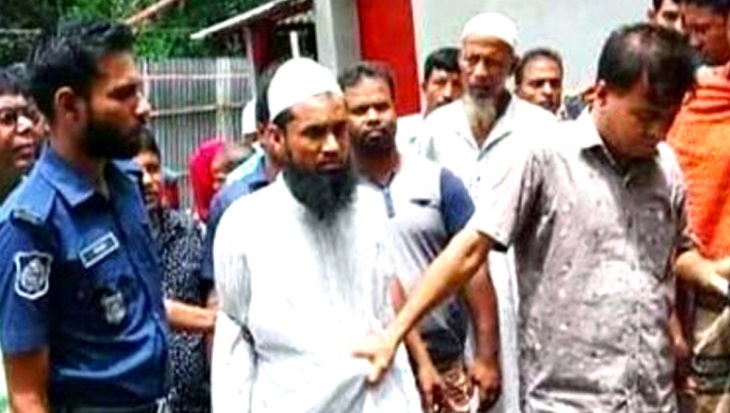 A madrasa teacher was held for allegedly trying to rape one of his students in Kendua Upazila on Friday.

Rasheduzzaman, officer-in-charge of Kendua Police Station, said Belali took the 11-year-old girl to his room around 9am and tried to rape her.

“Other students rushed to his room hearing the victim’s scream and caught the teacher red-handed,” the OC said. “Later, locals beat him up.”

Police went there and detained Belali.

The victim’s father has filed a case.