Education sector will be given priority: Prime Minister 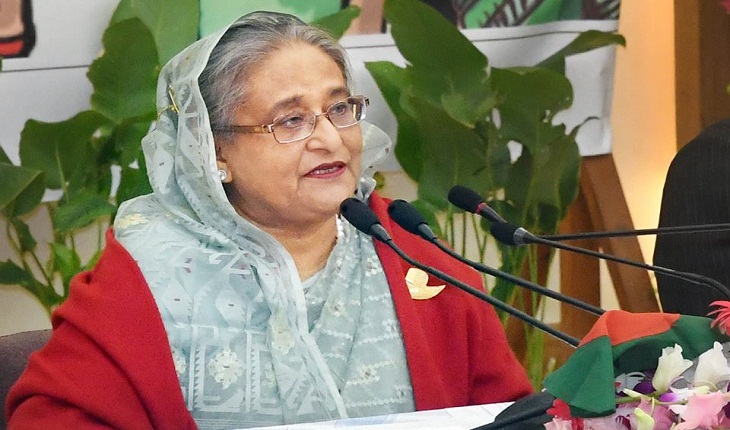 Prime Minister Sheikh Hasina said that the highest priority will be given in the education sector next year.

She said this at the post-budget press conference in the city's Bangabandhu International Conference Center on Friday afternoon.

The Prime Minister said the confidence of people has increased to the present government through the unprecedented development in the last two tenures of our government. Whose reflection took place on December 30 in the general election.

At the time, she presented the budget details.

At the beginning of the press conference, the Prime Minister remembered Father of the Nation Bangabandhu Sheikh Mujibur Rahman, National Four leaders and 15 August death victims.

Earlier, the proposed budget of the 2019-20 fiscal year was presented in the Parliament on Thursday. This is the first budget of the country's 48th and the third term of the current government. 'Bangladesh on the Road to the Richest: The time now our time, now Bangladesh', the size of the proposed budget is estimated to be 5,23,190 crores. It's the biggest budget in the history of the country.

The budget session was started in the chairmanship of speaker Shirin Sharmin Chowdhury yesterday 3pm. In the beginning, the budget presented by the Finance Minister AHM Mustafa Kamal. This is his first budget as a new finance minister.