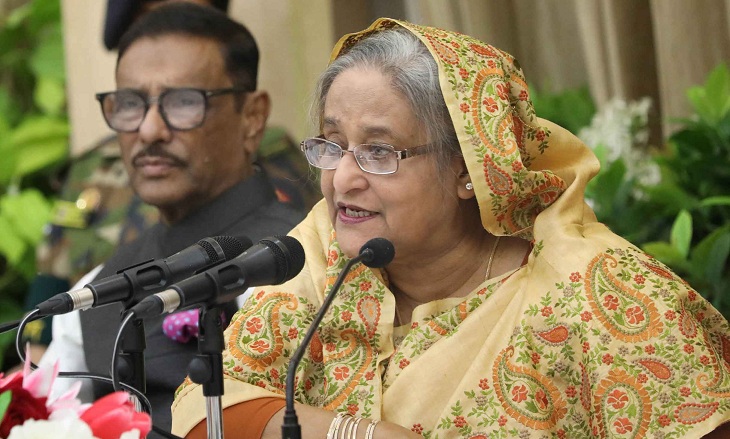 “We will take stern action against the wilful loan defaulters to bring discipline to the financial sector,” Hasina came up with the warning while addressing a post-budget press conference at Bangabandhu International Conference Centre in Dhaka this afternoon.

In a rare instance, Hasina, also president of the ruling Awami League, appeared before such press conference for the first time as Finance Minister AHM Mustafa Kamal is ill.

The media briefing began around 3:00pm. The prime minister is taking questions from the journalists after she read out a summary of the proposed budget which was placed before the parliament yesterday.

Yesterday, the premier read out a part of the budget speech in the parliament as the finance minister was struggling with illness.

Kamal fumbled through the start of his speech before being allowed by Speaker Shirin Sharmin Chaudhury to deliver his address sitting down.

This is the first budget of the Awami League government in its third successive term and also the first one for Mustafa Kamal as the finance minister.